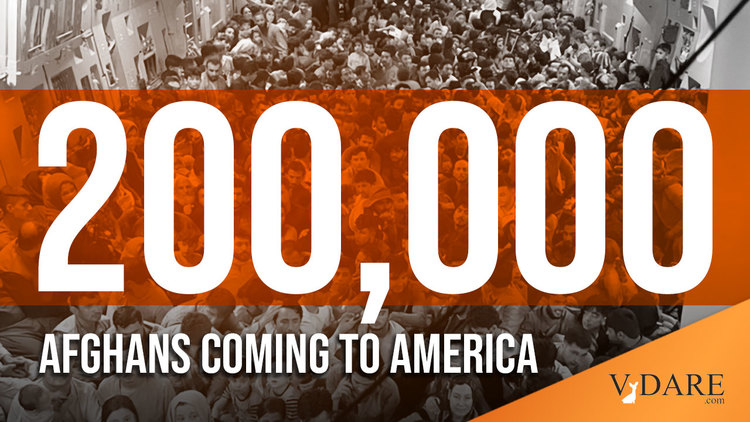 I’ve been in my garden trying hard to not succumb to frustration, anger and sadness about what dementia Joe (or more precisely his handlers) have done to Afghanistan and are doing to America.

I’ll post when I see something that isn’t being widely reported, but know that the refugee contractors are busier than ever readying your towns and cities for the onslaught of refugees they expect to arrive momentarily not just from Afghanistan, but in the coming months from everywhere in the world even as our southern border is being invaded.

I am urging all of you to get involved and fight locally and if you aren’t working soon, by getting involved in electing a new Congress in 2022, you need to be! 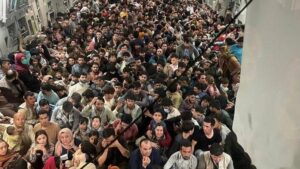 It isn’t simply a question of security! American taxpayers have been footing the bill to prop up Afghanistan for 20 years, now we will be paying for the care of tens of thousands of refugees who will not be working anytime soon. That is in addition to hundreds of thousands of border invaders

Here is a Politico story from Monday with some important nuggets of information.

As Biden ends mission in Afghanistan, a refugee backlash looms at home

First, near the end of the report we learn that there are members of Congress (probably being lobbied by the refugee contractors***) urging Biden to set the refugee ceiling (an annual September event) at 200,000 rather than the 125,000 Biden previously promised them.

….more than 65 House Democrats are now calling on Biden to increase the annual refugee admissions cap to no less than 200,000 for fiscal year 2022 — up from BIden’s pledge of 125,000 — given the situation in Afghanistan and elsewhere.

Biden handlers preparing for backlash.  Politico claims that Trump is the instigator.   If so he must have changed his tune as in the early days of the Afghanistan disaster he had expressed support for a refugee flood from the Muslim country.  See my post two weeks ago.

Here is Politico on Monday:

President Joe Biden has faced a torrent of criticism for abandoning Afghan partners as their country fell to the Taliban. Now, there is also a looming political controversy over the thousands of Afghans Biden will end up resettling over here.

An increasingly vocal group of Republicans — led by Donald Trump, who made immigration restrictions a hallmark of his presidency — oppose the resettlement of Afghan refugees in the U.S., claiming that they could be dangerous, or will change the make-up of the country. And they plan to make it an issue in next year’s midterm elections, along with broader attacks about Biden’s messy withdrawal from Afghanistan.

One of those Republicans, Rep. Matt Rosendale of Montana, said the chaos in Afghanistan should not be “an excuse to flood” the U.S. with refugees.

There is much more, please read it yourself.

And, then be sure to see the list of initial target resettlement cities for SIVs, but know that thousands of those arriving don’t have that status, here.

Know also that the contractors are prepping many more smaller towns and cities because they know they can’t find enough cheap housing in their usual target locations.

***For newbies, here are the nine federal resettlement contractors which basically call the shots and tell the administration to jump and how high they must go as they change America by changing the people.

Go here to see which cities they already control. List was updated in May.