A Single, Pro-Reconquista Parent Has a Veto Right Against a Patriotic Immigration Lesson in the Prince George’s County, MD Public Schools 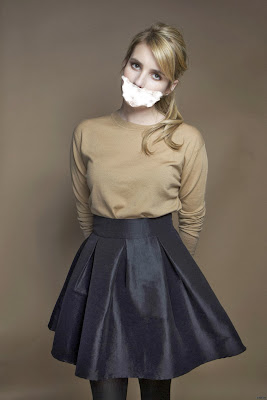 Thanks to reader-researcher “W” for this article.

If you’re a normal, patriotic, American parent of a child attending a public school, every day is a series of offenses against decency and truth. School officials push feminist, libertinist, homosexualist, black supremacist, reconquista, and good old-fashioned Communist propaganda on your kids, all day long.

But let you be a member of an evil, racist, anti-American, anti-normal group, and your opinion suddenly reigns, and cancels out all the decent, patriotic Americans.’ School officials and members of the racial socialist alliance enjoy “First Amendment” rights, but the opinions of the rest of us are “offensive,” a notion that has is alien to the First Amendment.

Heads, they win; tails, we lose.

A classroom skit that third-graders were preparing to present in a Prince George’s County elementary school was canceled after a parent alerted school officials to material she thought was offensive to immigrants.

The short skit — titled “The Uninvited Guest” — tells a story about Uncle Sam and the people who are welcome at a party in his “Country Haven.” In a nod to the nation’s immigration debate, guests who have lived in the country all their lives and those who have visas are invited to attend, but the Uncle Sam character makes it clear that those who do not have visas — those who “sneak into” the party — are not welcome and must leave.

After receiving complaints [sic; there was only one complaint] about the play's content, the Prince George's County school system deemed it inappropriate and removed it from the classroom. Read it.

[Actually, that should have read, “After receiving a politically correct complaint from one anti-American parent with whom education commissars are allied, the commissars put the skit on its Index of Counter-Revolutionary Propaganda.”]