A Righteous Surge Across the Border 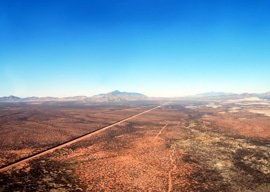 … For example, weren’t we assured during the depths of the recession that illegal immigration would never happen again? Isn’t there supposed be “zero net immigration” from Mexico?

But how could our leadership have known there were more Third Worlders out there somewhere beyond Mexico?

Nine years ago, I counted up how many people lived in countries where the average per capita GDP was below Mexico’s. I titled the resulting essay “The Five Billion.”

Among them are the 43 million people left in Central America. To put that in perspective, that’s as large as the population of Mexico was in 1962. And there are now about 35 million Mexicans in the U.S. …

Gallup found the urge to move to the U.S. high among Central Americans: 14 percent of Guatemalans would like to come here, as well as 15 percent of Nicaraguans, 18 percent of Hondurans, and 19 percent of Salvadorans.