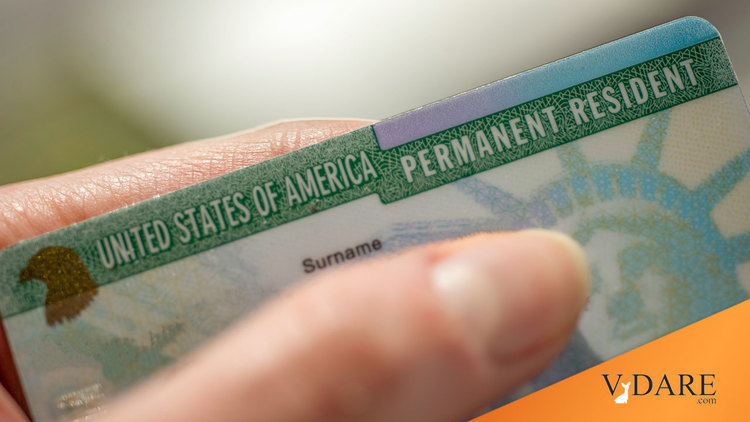 A Reader Spells Out The Bush Betrayal

A reader comments on my comment on the Bush Washington Times interview: I think the logjam Bush is talking about is the long waiting times for family immigrants. For example, 4th category immigrants from the Philippines wait 22 years for a green card, which is much longer than the six years Bush has proposed making illegal alien wait for a green card. This goes against his promise that illegal aliens would not cut ahead of legal immigrants.

I think someone pointed this out to him, and now, a la SOLVE Act [VDARE note: this was the bill Democrats introduced last year to outbid Bush’s amnesty ploy] , he will let all family immigrants enter in five years or less.

It makes sense, as John McCain is working with Ted Kennedy on the amnesty bill for Bush.

This will double the US population in 20 to 25 years. In 50 years we will have more people than China, although I am sure there will be Civil War II long before that.

This puts it much better than I did.