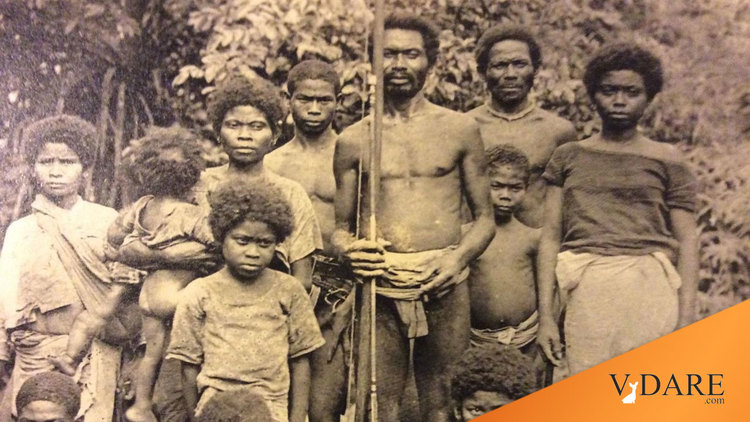 A Pygmy Negrito tribe in the Philippines is found to have 5% of their DNA descended from the archaic quasi-extinct Denisovan mystery quasi-species.

Denisovans are somewhat as if they are to the East Eurasian/Pacific what the much more famous Neanderthals are to West Eurasia: a hominid group distinct enough from anatomically modern humans to be considered a distinct species, but close enough to have mated with modern humans and, apparently, contributed some useful genes to many (but not all) modern genomes. (Geneticists also now theorize that modern sub-Saharans have similar single digit percentages of genetic ancestry from one or more still-undiscovered archaic “ghost populations.”

Denisovans were unknown until a decade ago when a few bones were found in Siberia and their DNA extracted.

It sounds like they are trying to estimate what this tribe’s ancestry would be if they were still pure-blooded Negritos rather than somewhat admixed with their southeast Asian neighbors, so maybe they don’t really deserve pride of place as the Denisovanest of them all?