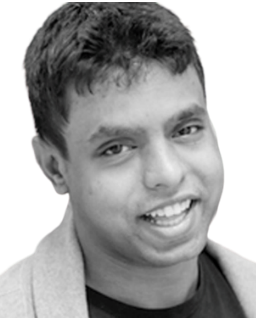 Declare Racism a Public Health Emergency
It would be more than just a symbolic gesture.

Mr. Shihipar is a public health researcher who leads narrative projects and policy impact initiatives at the People, Place and Health Collective — a research laboratory in the department of epidemiology at the Brown University School of Public Health.

While Black and Latino people make up only 13 and 18 percent of the U.S. population, respectively, as of November they account for more than 50 percent of the country’s Covid-19 hospitalizations. In Los Angeles County, deaths among Latino people have increased more than 1,000 percent since November, nearly triple the rate for white residents. Native Americans have been nearly twice as likely as white people to die from Covid-19. The virus has killed a disproportionate number of Filipino nurses. To bring desperately needed relief to the communities of color that have been ravaged by the pandemic because of the effects of structural racism, the Department of Health and Human Services should declare racism a public health emergency...

And of course, the disproportionately male share of Covid deaths is due to centuries of toxic femininity.

By the way, why doesn’t anybody give the black community credit for reducing their levels of Covid dramatically from the first wave to the third wave, by which point their death rate was no higher than the white rate?

It’s well known that structural racism is behind the massive disparities in Covid-19 infection, death and vaccination.

Was it Lenin or Stalin or both who used that shtick in prose: starting a sentence of pure ideological assertion with “As is well known …”?

By the way, the argument is more or less … if not contradictory then at least interesting:

He has a B.Sc in Cell and Molecular Biology from the University of Toronto and a Masters of Public Health from Brown University. …

He sounds like a huge disappointment to his entire extended family.