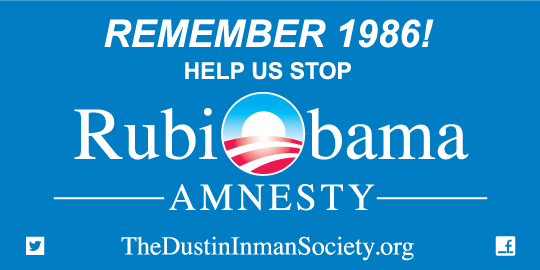 National Push by a Local Immigration Activist: No G.O.P. Retreat

ATLANTA — He says the United States is filling up with immigrants who do not respect the law or the American way of life. He refers to Latino groups as “the tribalists,” saying they seek to impose a divisive ethnic agenda. Of his many adversaries, he says: “The illegal alien lobby never changes. It’s the Wall Street wing of the Republican Party joining forces with the Chamber of Commerce, the far left and the Democrats in an effort to expand cheap labor and increase voting for the Democratic Party.”

As Jonathan Swift might have said if he were alive today: "When a true patriot appears in the nation, you may know him by this sign, that the whores are all in confederacy against him."

D. A. King, who quit his job as an insurance agent a decade ago to wage a full-time campaign against illegal immigration in Georgia, is one reason this state rivals Arizona for the toughest legal crackdown in the country. With his Southern manners and seersucker jackets, he works the halls of the gold-domed statehouse, familiar to all, polite and uncompromising.

Now, like other local activists around the country, he is looking beyond Georgia to stop the House of Representatives from following the Senate and passing legislation that would open a path to legal status for illegal immigrants.

As lawmakers return to their home districts for the August recess, advocates like Mr. King are joining forces with national groups that oppose legalization and favor reduced immigration for an all-out populist push. ...

The zeal of militants like Mr. King is a problem for the House speaker, John A. Boehner of Ohio, and other Republican leaders, who are hoping to steer their divided caucus to pass a House version of legislation to fix the broken immigration system, which could include legal status for those who lack it — though probably not citizenship.

Mr. King’s “respectful but firm” message for the speaker, he said in an interview, is that “any vote for legalization would be a matter of very great consequence for the people who voted for conservative congressmen from Georgia.”

Mr. King says his wrath grew slowly, beginning in the 1990s with a feud with Mexican neighbors who disrupted the quiet of his leafy street. In Mr. King’s account, they parked fleets of run-down vehicles on their lawn and at one point housed 22 people in a jerry-built warren of rental rooms in the basement.

He took the neighbor to court over code violations, and the conflict boiled for seven years until the family moved away.

A visit in 2004 to the Southwest border convinced Mr. King that the country was facing “what was easily described as an invasion.” Returning to Georgia, he made common cause with the struggling father of a teenage boy killed in a car accident by a reckless driver who was an illegal immigrant. He named his organization the Dustin Inman Society, after the boy.

... He nonetheless spared little in his description of Senator Marco Rubio, the Florida Republican who was one of the authors of the Senate bill, calling him a “smarmy and dishonest” turncoat. During the Senate debate, Mr. King designed and paid for thousands of bumper stickers as well as three large billboards along a commuter highway near Atlanta.

“Help us stop RubiObama amnesty!” one big sign read, with President Obama’s name joined by his hallmark red-white-and-blue letter to that of Senator Rubio.
His billboards instructed drivers to call a senator from Georgia, Johnny Isakson. Mr. Isakson, who supported a comprehensive bill in 2007, voted against the Senate legislation this year.

In Georgia, Mr. King has not been afraid to take on many adversaries, including the farmers and growers, business organizations, labor unions and Latinos. A big-shouldered former Marine, he often shows up with his own placards at rallies called by his opponents — just to let them know he is watching.

“I was taught that we have an American culture to which immigrants will assimilate,” Mr. King said. “And I am incredibly resentful that’s not what’s happening anymore.”

Mr. King, 61, runs his one-man operation from the small guest room of his home on a tree-shaded cul-de-sac in the Atlanta suburb of Marietta, equipped with an aging desktop computer and a chair that he acknowledges “needs a new coat of duct tape.” He lives on small donations, and to keep it all going he spent down his savings, ran up his credit cards, refinanced his house three times and “sold the stock my grandmother left me.”

... Mr. King wants a lot more enforcement before the House does anything else on immigration. He sees the Senate bill as a scheme by Democrats to create legions of new government-dependent voters for their party. He feels certain House Republicans will ultimately reject it.

“The tribalists will not make any difference with any Republican who has enough sense to get on an airplane every Monday and fly to Washington,” Mr. King said.

... But Jerry Gonzalez, a Latino leader in Georgia who is one of Mr. King’s oldest rivals, pointed to new demographics that House lawmakers would have to consider. The number of registered Latino voters in the state grew to 184,000 in 2012 from 10,000 a decade earlier, with more than 200,000 legal immigrants eligible to become citizens.

“If the Republican Party gets stuck with D. A. King and his extremist xenophobic narrative, they are setting themselves up for future failure,” said Mr. Gonzalez, executive director of the Georgia Association of Latino Elected Officials, or Galeo.

One worrisome sign for Mr. King is that his donations are not increasing. But he is forging ahead, putting up new billboards on Georgia highways — and planning one with the face of John Boehner.