The first story I saw was this, by Walied Shoebat:

Nine year old boy murders his sister, execution style by shooting her in the back of the head after having an argument over a video game https://t.co/ehzBY25NNs pic.twitter.com/ZPVlV1qhOt

The story about about the boy who murdered his sister, execution style, is illustrated by a picture of a white child.

Shoebat's linking to his blog, which links to this from RT: 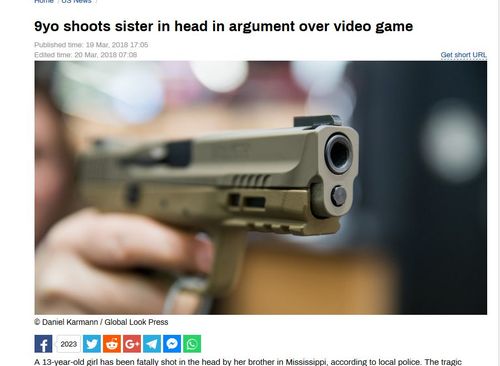 It's illustrated by a picture of a white hand holding a gun.

The Jackson Clarion-Ledger (which is where RT got the story) reports that this happened in Monroe County, Mississippi.

That's the first clue that this might not be a white crime—Mississippi Today says Monroe County is the "Front line of America’s drug war", and here's what that means in terms of mugshots:

The Clarion-Ledger's story—and they should know better—is illustrated by a picture of a white girl playing video games—13-year-old girl dead after 9-year-old brother shoots her over video game, sheriff says, by Therese Apel and Harold Gater, The Clarion-Ledger, March 18, 2018. 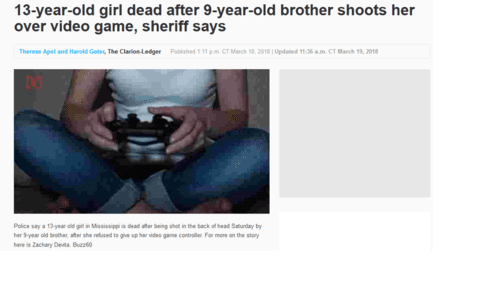 Inside that story is this:

It's illustrated with two pictures of childish white hands holding or reaching for guns, and it says that the deceased is named "Dijonae White". 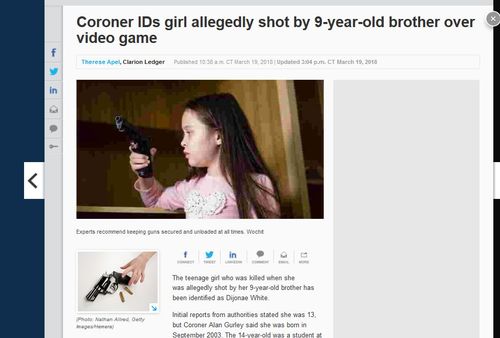 "Dijonae White" is the kind of name none of the people in these photos have, and it turns out that she and her mother, pictured in Facebook via this story from the UK, are in fact black: Boy, 9, shot and killed sister, 13, because she wouldn’t give him video game controller, by Jimmy McCloskey, Metro, March 19, 2018. 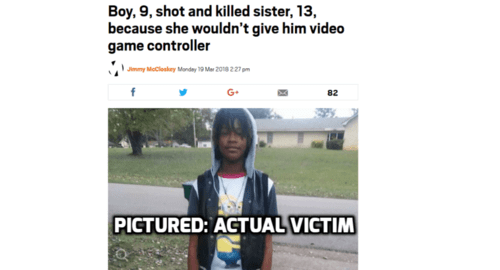 So why are all these pictures of white kids?