9/11 Story: Your Tax Dollars (and Credit Card) at Work in Pakistan and Beyond

A few days ago, the national debt reached an unimaginable $16 trillion. And yet, the Washington spending beast trundles along as if the country weren’t about to be overwhelmed. 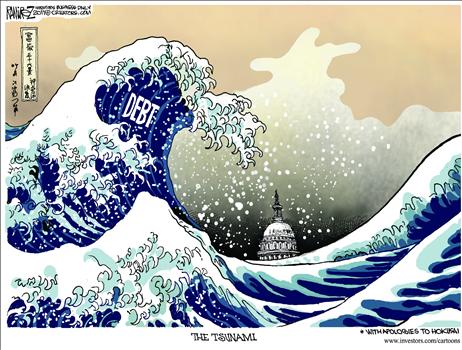 One example is the State Department, the “diplomacy” of which is often little more than bribery. Its budget escaped major cuts in 2012, leaving over $50 billion to disburse to a mostly crude gaggle of beneficiaries. 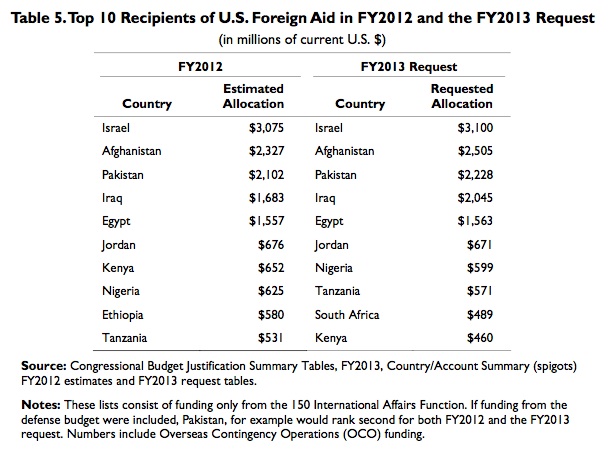 Borrowing billions from unfriendly Red China to give to Islamist Pakistan et al is the sort of thing that infuriates citizens, particularly as long as the nation is in a financial hole of epic dimensions.

Here’s a recent example of how trying to buy love is a fool’s errand:

Pakistan’s powerful spy agency regards America as its “worst enemy,” and the government’s claims that it is cooperating with the US are a sham to extract billions of dollars in American aid, according to the CIA informant jailed for his role in hunting down Usama bin Laden.

In an exclusive interview with Fox News, Shakil Afridi, the medical doctor who helped pinpoint bin Laden’s Abbottabad compound before last year’s raid by SEAL Team 6, described brutal torture at the hands of Pakistan’s Inter-Services Intelligence, and said the agency is openly hostile to the U.S.

“They said ‘The Americans are our worst enemies, worse than the Indians,’” Afridi, who spoke from inside Peshawar Central Jail, said as he recalled the brutal interrogation and torture he suffered after he was initially detained.

Egypt, now ruled by hard-core Islamists, is another case of hope outweighing reason in Washington. Andrew McCarthy noted during an August Press Club speech that the Obama administration has gone to great lengths to accommodate the Muslim Brotherhood in Egypt. Following are just a few items from McCarthy’s list of items indicating a “policy sea change”:

? The State Department has an emissary in Egypt who trains operatives of the Brotherhood and other Islamist organizations in democracy procedures. We’re helping them get elected.

? The State Department announced that the Obama administration would be “satisfied” with the election of a Muslim Brotherhood–dominated government in Egypt.

? The State Department has collaborated with the Organization of Islamic Cooperation, a bloc of governments heavily influenced by the Brotherhood, in seeking to restrict American free-speech rights in deference to sharia prohibitions against examination and negative criticism of Islam.

No amount of foreign-aid cash will dissuade Egypt from sharia now. But the Obama administration still thinks stupid generosity with borrowed money will purchase good will and cooperation:

WASHINGTON — Nearly 16 months after first pledging to help Egypt’s failing economy, the Obama administration is nearing an agreement with the country’s new government to relieve $1 billion of its debt as part of an American and international assistance package intended to bolster its transition to democracy, administration officials said. [. . .]

Does helping volatile Egypt acquire expensive warships sound like a good idea, even as the US is cutting the country major slack on debt? The Obama team thinks so:

President Barack Obama’s deputies are negotiating a $1 billion aid package with Egypt’s new Islamist government, even as Egypt’s cash-strapped military revealed that it is trying to buy $1 billion worth of German submarines that could threat Israel’s fast-growing offshore energy projects.

The Germans government has pointedly declined to deny the incendiary revelation about Egypt’s request to buy the two submarines.

Instead, the German government offered vague support for Israel, which is facing renewed threats from Iran’s nuclear program and the Muslim Brotherhood’s rise to power in Egypt.

State Department spokesman Victoria Nuland did not respond to an inquiry by The Daily Caller.

The submarine purchase will likely be an issue in the U.S. election, because both parties are vying for support from a relatively large concentration of swing-voting Jewish Americans in Florida.

During the Democrats’ convention in Charlotte, for example, several speakers declared that Obama is a strong supporter of Israel’s defense.

“The Democratic platform reflects the president’s unflinching commitment to Israel’s security and future as a Jewish state,” former Rep. David Wexler declared Sept. 4. “To strengthen Israel’s qualitative military advantage, the president has increased security assistance to Israel to record levels — more than any other president,” he claimed.

Islamist groups, including Egypt’s Muslim Brotherhood and their supporters in the United States, oppose any recognition of Israel and its capital city.

But the brotherhood’s hostility is constrained by its need to revive Egypt’s stalled economy and to feed its population of over 80 million.

The Islamist government recently won promises of aid from Arab countries, and hopes to complete the $1 billion loan-forgiveness deal with Obama’s deputies by the end of the year.

The U-boat controversy began Sept. 31 when Egypt’s leading newspaper, Al-Ahram, reported that the country’s chief naval officer, Osama al-Gindi, said “We have agreed to a deal with Germany to procure two submarines of the latest 209 Class.”

The Type 209 submarines are among the most advanced non-nuclear submarines available. They’re made in Germany, which has a long history of submarine production. In German, submarines are called U-boats.

The Type 209 submarines can stay underwater for lengthy periods, are sufficiently quiet to elude easy detection and can launch attacks without being identified. They can carry 14 torpedoes, mines or missiles that can sink ships or destroy oil rigs.

Israel has already bought six of the U-boats to protect its trade routes from future attack by any of the many Muslim-majority states around the Mediterranean Sea.

Three of the U-boats are in Israel already, where they also are being used to protect Israel’s network of offshore drilling rigs that are developing the nation’s newly discovered underwater reservoirs of oil and gas.