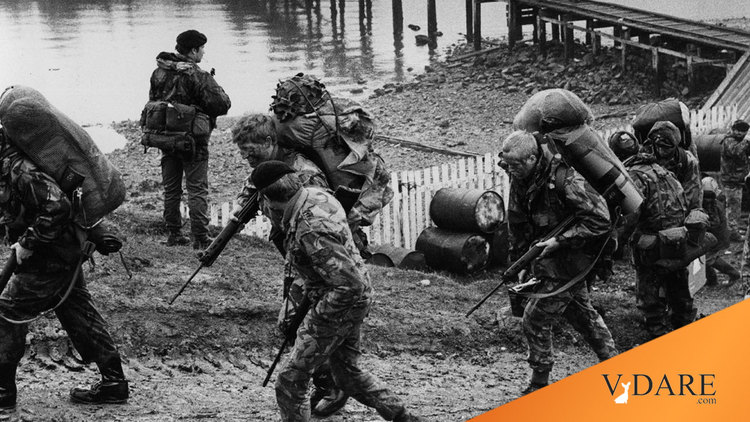 40 Years On: The Falklands War And The Iron Lady

This weekend, April 2nd to be exact, marks the fortieth anniversary of Argentine forces occupying the Falkland Islands, a British territory in the South Atlantic.

That triggered the Falklands War, which lasted 74 days and cost over 900 lives—more than 300 of them on the Argentinian navy's cruiser General Belgrano, which the Brits torpedoed.

I don't have anything original to say about the war itself, only a personal reminiscence from shortly after it.

The Falklands War made Margaret Thatcher known all over the world, even in some quite surprising places. That summer I left England to spend an academic year in northeast China. It was a provincial posting: a small town up there, surrounded by villages.

My college supplied me with a bicycle. In my spare time I liked to ride out into the countryside and practice my very low-level Chinese on the peasants.

One day I was cycling along on the narrow raised path between some fields when I saw a peasant riding towards me. There wasn't room for us to cycle past each other, so we both dismounted. Conversation was unavoidable. What country was I from? this old peasant asked. "England," I replied.

That got me a big, sunny, snaggle-toothed grin. "Aaah," he said. "Tie furen!" Which, being translated, means "The Iron Lady."

Now that is fame.