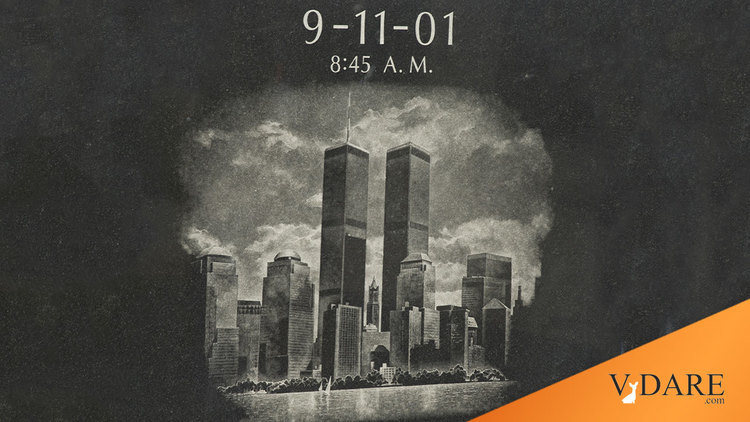 It's little understood how immigration drives the spread and potency of racial and ethnic quotas. It's widely assumed, even opponents of affirmative action, that race quotas are just about blacks, even though Hispanics now make up more of the legally "protected groups" than do African-Americans.

Further, it's widely assumed that quotas are imposed solely as a proactive decision by liberals, as in college admissions, and could thus be banned by Supreme Court decision or by referendum. In reality, they are mostly imposed as a reactive decision by fairly conservative organizations to avoid lawsuits.

Your Lying Eyes points to a Newsday article:

In a 14-page complaint filed in federal court in Brooklyn, attorneys for the Department of Justice alleged that discriminatory hiring practices were rooted in two written tests given to applicants in 1999 and 2002 that, while not purposely or obviously racist, were littered with SAT-like questions that do not test an applicant's ability to fight fires. The suit seeks an injunction and possible damages.

The two "pass/fail" tests resulted in passing rates for black and Hispanic applicants that were lower than those of white applicants in a statistically significant way, the complaint charges.

In the 1999 test, about 90 percent of white applicants had a passing score, but only 61.2 percent of black and 77 percent of Hispanic test-takers passed, according to the complaint.

According to federal officials, the use of the tests has contributed to the low numbers of black and Hispanic uniformed firefighters when compared with the NYPD.

City Hall fired back with a statement that took issue with the claim by federal officials.

"In fact, the test plan, which resulted in the development of the 1999 and 2002 exams, was developed by active New York City firefighters, including black and Hispanic firefighters, working with experts at the Department of Citywide Administrative Services, and was job-related," Assistant Corporation Counsel Georgia Pestana said.

Provided it requires some cognitive skills, it's basically impossible to design a written exam that won't show these kinds of disparities in test results. By making the test easier and easier, and eliminating questions that test logical or reasoning skills, as was obviously attempted here, you can close the gap somewhat, but the statistically significant differential, which the DOJ points to here, will remain. The DOJ argues that the test is not relevant to the job, which is about all they could argue at this point, since the test has been designed to be so easy that almost every white applicant passes.

Compare these test results to this analysis of the July 2004 Texas Bar Exam (which I chose because it showed up first in a Google search). Among first time test takers, 85% of whites, 69% of Hispanics and 53% of blacks passed. These results are very nearly statistically identical (measured in terms of z-score differentials) to the 1999 NYC firefighters exam. They also are similar to what we find with the SATs, NAEP assessments* - just about any written test requiring cerebral energy. As la Griffe du Lion has pointed out, it's one of the few things you can count on in the social sciences, but count on it you can.

The point I want to make however is the extraordinary chutzpah of the Department of Justice in suing ... the NYFD. Why? Let me sum it up in one number:

How soon we forget.