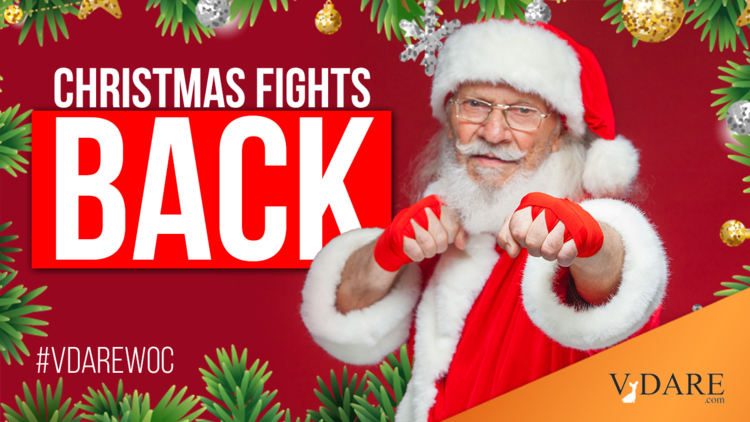 Re: Tom Piatak’s 2020 War On Christmas Report: Remembering Christmas Music Back When America Was America

From: Andrew Gladwell [Email him]

My sister and I have always enjoyed the piano music of George Winston.  It may not be everybody’s cup of tea, being in sort of a contemporary New Age jazz style, nevertheless we like it.  One of George Winston’s best known albums is from 1982 called December.  It tries to convey the mood of the season both in terms of its starkness and hopefulness. 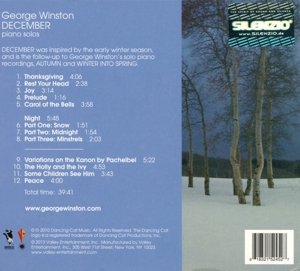 One of the songs on the album is called “Jesus, Jesus, Rest Your Head” collected by John Jacob Niles.  In the liner notes by George Winston, he notes it is “originally an Appalachian carol of the 1800s.”

Anyway, I misplaced my copy of the CD, and decided to download it to my phone from Apple iTunes.  I had the album playing in my car, and when the song came up, I noticed for the first time on the dashboard that it was listed simply as “Rest Your Head.”

I couldn’t believe it.  When I got home, I checked again, and sure enough the song had been renamed “Rest Your Head.”  Apparently having the name “Jesus” in the song title is a bit too much for someone.  This, however, may not be entirely Apple’s fault. When I checked on Amazon to look for another CD, I noticed the 2013 reissue of the album has the song listed as “Rest Your Head.”  You have to click on the image of the album cover, and then click on it again to see the back of it where all the songs are listed. The blue cover above left is the current one, the mostly white cover below, with "Jesus, Jesus, Rest Your Head" is the 1982 cassette.

Just to make sure I wasn't somehow confused about the song, I went to George Winston’s YouTube page, where you can hear the song if interested and see for yourself how he lists the song.  You may have to hurry, though, before even this goes down the Orwellian Memory Hole.

Below, Winston’s solo piano (no singing) version of this great carol:

Needless to say, for corporations to change the song name like this completely eviscerates its meaning, not to mention that it is an insult to the man who originally wrote this great Appalachian Christmas carol as well as to the Son of God.  The Forgotten Man indeed.