From: An Anonymous Engineering Student [Email him]

James Fulford posted an article a while ago on a media trend I noticed myself in recent years. It is the phenomena where immigrants (or blacks and Hispanics) will commit ghastly acts, but the only photographs related to the story are stock photos depicting white people.

No actual photographs of the perpetrators are to be found anywhere, and the names are sometimes not reported either because the authors know that would be "insensitive" (apparently a euphemism for "dead giveaway"). This also goes for media reports of stupid criminals, which use white men as stock photos, but buried in the article is a name like Jamal Washington.

I saw this article on the NYPost today, (which, as an aside, suggests that the predictions about gay marriage leading to the acceptance of other forms of deviancy were correct): 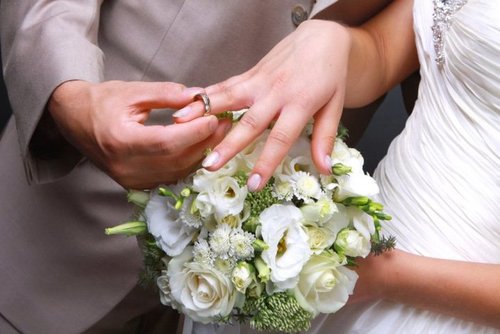 Observe the hands in the picture. White people. Before even reading the article, I said to myself "There is no way some white people from New York are doing this. They have to be immigrants. I predict they are from Pakistan or elsewhere in Central Asia." Well, I was wrong—they're from Vietnam.(See Allan Wall's New York’s Top Court: Woman’s Marriage to Half-Uncle Legal. It’s Also an Immigration Case.)

My faith in the American news media to accurately report events has pretty much gone to zero since President Obama took power. What is astonishing is the uniformity and regimented nature of the censorship (I was born after the Cold War, so I do not know how bad today's U.S news media are compared to TASS).

The very deviancy I object to of un-assimilated immigrants is being used to smear white people like myself as Borat-esque buffoons. However, the media's lies will eventually catch up with them. Even today, it is possible sometimes to identify truth is simply by taking the opposite of what is being reported.