A West Texas Reader Comments On The Loony Diversity Visa

Re: Steve Sailer’s blog post The Uzbek Muslim, The Diversity Visa and Terrorism 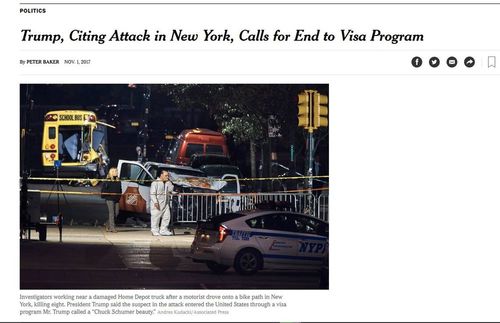 Rush Limbaugh is on fire today—he states the diversity visa lottery was created to entice people who did not even want to come to the USA.

Good grief! What the hell were they thinking in 1990.

It began in 1990 while G. H.W. Bush was in office. Teddy Kennedy pushed it. Bi-partisan! Woo-hoo!

I haven't yet checked The Donald's tweets today, but Rush says The President is railing against that particular immigration program. Rush reports Trump's been working on ending the diversity lottery but all the usual Deep-State-Swamp suspects drag their feet, block correcting the problems.

So we have a major spokesman (Rush) exposing a problem—and we have Trump doing what he was elected to do. Working to reduce immigration and the problems it brings.

If those crooked federal judges had not usurped Presidential authority, Trump might have prevented this latest jihadist massacre.