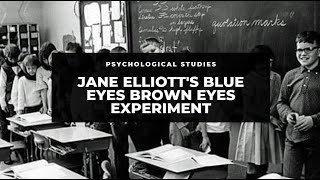 02/19/08 - A California Reader Wonders: If Aliens Become Educated, Who Will Do The Jobs "Americans Won't?"

From: Mandi (e-mail her)

Re: James Fulford's Blog: Thanksgiving–History From The Enemy's Point Of View

Way to go, James Fulford! Thanks for your article.

Elliott has a one-sided mind-set and only fights for the rights of one group. She makes direct racist comments towards whites, Christians and Americans. Most all of us suffer from racisms and prejudices to some extent. That should be brought to light and ended—and not just in one group. Elliott doesn't fight racism but instead enables it.

I, on the other hand, battle racism every chance I get. For that reason, I've begun a website that will address it as well as animal abuse and voting. I'll have a section where racist people are exposed. Elliott, ironically, is on my list.

If Fulford or others have more information, please share.

I want to have the most possible supportive on my site so I can correctly present my opposition to her.

James Fulford writes: I myself have covered Jane Elliott in two articles here on VDARE.com, in March 2002 with  Abolishing America (Cont'd): Jane Elliott (Cont'd) and April, 2003 Jane Elliott: 35 Years of Rage. Carl Horowitz did a big piece, with footnotes, for Frontpagemag.com: Jane Elliott and her Blue-Eyed Devil Children,   in January of 2007.

Finally check out this archived interview, done Australia, from the now defunct internet magazine Webfronds, in which she says things like this: