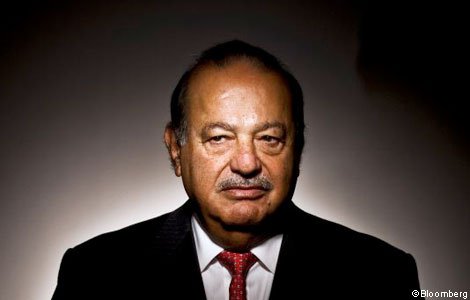 Send Him The Bill!

Don't we all wish that Barack Obama had as much respect for the integrity of our border with Mexico as he does for Ukraine’s border with Russia? Just yesterday, Obama issued an order to freeze assets and confiscate visas of rich Russians with investments in the US. [Obama imposes new sanctions on Russia over Ukraine, By Jim Acosta and Tom Cohen, CNN, July 16, 2014 ]

Why doesn't he freeze the assets and confiscate the visas of the ten richest Mexicans, El Salvadorans, Hondurans and Guatemalans with assets in the USA?

Slim is the richest man in the world. Why don't we send him a bill for the $3.7 billion Obama wants for the coddling of illegal alien children? With an estimated $49 billion in assets, Slim can afford it easier than the American taxpayer, who's is currently $18 trillion in debt.

And they're his people — not ours.

Send Slim the bill; if he doesn't pay, freeze his US assets and those of nine other central Americans and Mexicans.