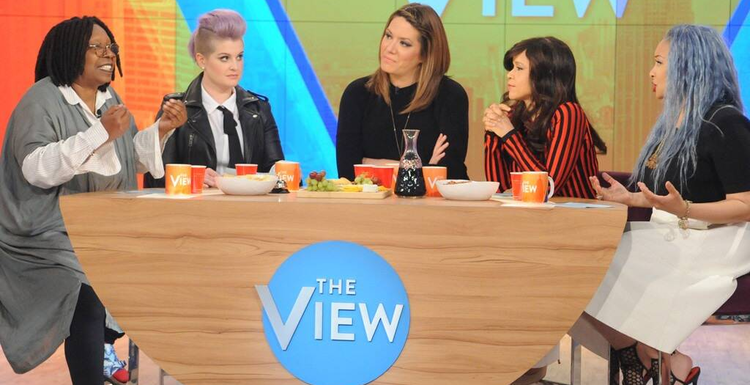 A Reader Wonders Why Kelly Osborne Is The Only Person Not Allowed To Say That Illegals Do Dirty Jobs That “Americans Won’t Do”?

Re: A Reader Comments On Kelly Osborne’s “Gaffe” On Hispanics’ Cleaning Toilets

Why is it a gaffe when Kelly Osborne says that Trump would have no one to clean his toilets if there were no immigrants, but when Luis Gutierrez said to Ann Coulter on the Bill Maher show that practically all the food she eats is picked or processed by Hispanic immigrants it was supposed to be some kind of “epic rebuttal”?

Oh, I get it—he's Hispanic so he can stereotype all he wants!

James Fulford writes: This has been a common theme for years—that illegals are doing these low-level jobs for cheap wages, which Americans won’t, and if it weren’t for illegals, toilets woudn’t get cleaned, crops would “rot in the fields”, blah blah blah. Gutierrez actually shouted the same argument at Tom Tancredo in an elevator in 2006:

Gutierrez's office claims that Tancredo aggressively continued the discussion off camera and tried to slow Gutierrez as he was trying to reach the elevator.

Tancredo spokesman Will Adams, who was present, said it was Gutierrez who was the aggressor, hurling comments and, before it was over, saying he thought about hitting Tancredo.

The words exchanged are in little dispute, based on this account in Roll Call:

At one point, Gutierrez reportedly asked Tancredo if he had ever eaten in a restaurant.

"How could you eat from the plates touched by those nasty illegal immigrants?" Gutierrez said.

Gutierrez, who has a cast on a foot, reportedly tried to walk to the elevator, but Tancredo tried to stop him by putting his hand on his shoulder. Gutierrez reportedly demanded: "Get your hand off me!"

Adams said Tancredo had done little more than tap him on the shoulder.

Gutierrez said to Tancredo: "You racist! You bigot!"

Tancredo told Gutierrez: "You look in the mirror if you want to see a racist."

Gutierrez and staff members finally got on the elevator, while Tancredo and his team took the stairs.

When they met again on the first floor, Gutierrez told his staff, "Better hurry up — the KKK is coming," according to Roll Call. He accused Tancredo of following him, although Adams said they simply needed to use the same exit because Tancredo's office is across the street.

Just outside, Gutierrez said to aides within Tancredo's earshot: "I thought about hitting him, but then I thought, 'What if I (expletive) kicked his ass,'" the newspaper reported.

Enough about Gutierrez—not pictured above, there is enough sadness in the world as it is. Here are some Tweets on this same subject from Canadian writer Colby Cosh:

Gee, I guess Kelly Osbourne is in trouble for taking the “jobs Americans won’t do” line seriously? http://t.co/goxYK8Qb85

Hispanic immigrants were sold to the American public as tireless toilet-scrubbing, grape-picking, child-rearing heroes for 20 or 30 years.

When the party line changes on this stuff, you don’t want to miss the memo!