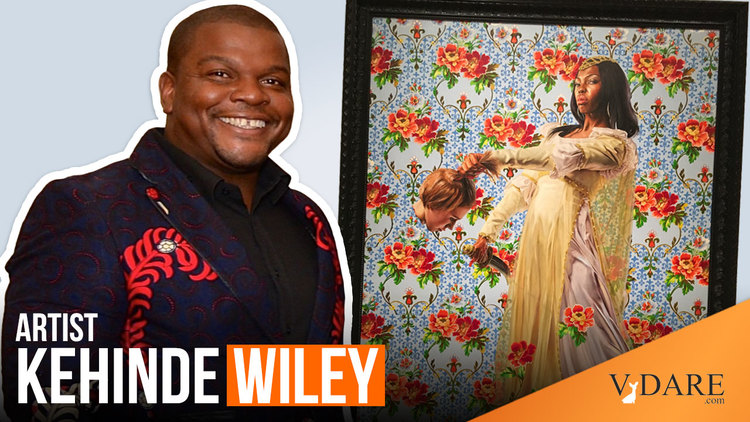 From: "The Village Tippler" [Email him] This is in a state that's tearing down all kinds of supposedly "divisive" artworks involving no decapitation at all [A new push to remove Confederate monuments from North Carolina courthouses, by Billy Corriher, Facing South, February 23, 2021].

Kehinde Wiley was the black artist, chosen for explicitly racial reasons, to do a portrait of Barack Obama in 2018 .

The North Carolina Museum of Art publicly funded by the State Of North Carolina. I think people should know what their tax dollars are funding. Perhaps folks should contact their representatives?