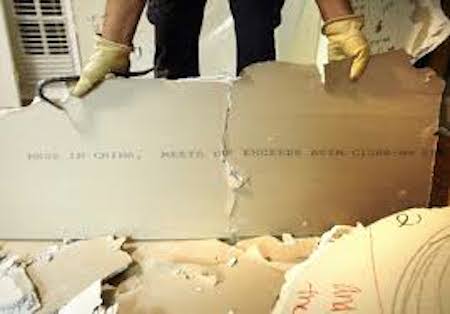 Re: A Former Contractor Reports On The New Epidemic Of Faulty Chinese Cast Iron Pipes

When James Fulford wrote, re Is Chinese cast iron piping the next ‘Chinese dry wall’ epidemic?, By John Morally, PropertyCasualty360, August 14, 2014, that he wasn’t familiar with the Chinese toxic drywall case, well, it is in the news again.

Seems the maker is skipping court appearances and will simply hide in China—leaving thousands of American homeowners with no compensation for their losses. This is a state-owned enterprise and is one of the largest companies in China. [Maker of defective Chinese drywall Taishan skips out on court hearing, leaving homeowners waiting, TradeReform.org, August 18, 2014]

There is no extradition treaty with China so it is common for Chinese criminals in the US to flee to safety in China. For example, a local Chinese restaurant owner in a nearby town got in trouble with the IRS for cheating on his taxes. He skipped town and went to China where he is out of reach. Similarly, in cases of divorce, a Chinese man can take the kids to China where the mother in the US can do nothing about it.

As with the defective Chinese cast iron products, the toxic dog treats which have killed many dogs, and the innumerable other poisonous and defective Chinese products, the best course it to read labels and avoid buying things made in China. Chinese do not operate under Western standards of morality—all they care about is making money—not if they harm the public.

Unfortunately, trade policy pushed by the same globalist corporate elites seeking to replace the American people with cheaper and more compliant foreign workers has made it increasingly difficult to avoid Chinese products.