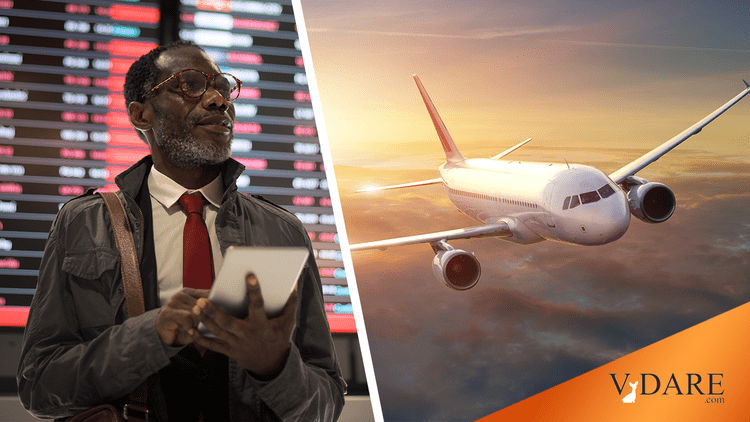 Why isn't today a holiday? How sad—yet another Aug 17 passes, and Americans neglect to honor the birth of Marcus Garvey, that champion of comprehensive emigration reform.

James Fulford writes: Ron Kyser is joking—Marcus Garvey promoted a  "Back To Africa" movement in the 1920s, proposing to encourage African-Americans, who were disaffected and discriminated against in America, to move to Africa and colonize it more or less as white people had done.

He raised a lot of money for this, but didn't send anyone back to Africa, and was convicted of mail fraud in 1925, and after serving 2 years in federal prison, was deported to Jamaica, where he was born and is buried.

In the end, the only person he succeeded in getting out of America was himself, and he needed the help of Federal Marshals for that. On a similar theme, see John Derbyshire On A Curious Anniversary—Lincoln’s Endorsement of “Colonization”.