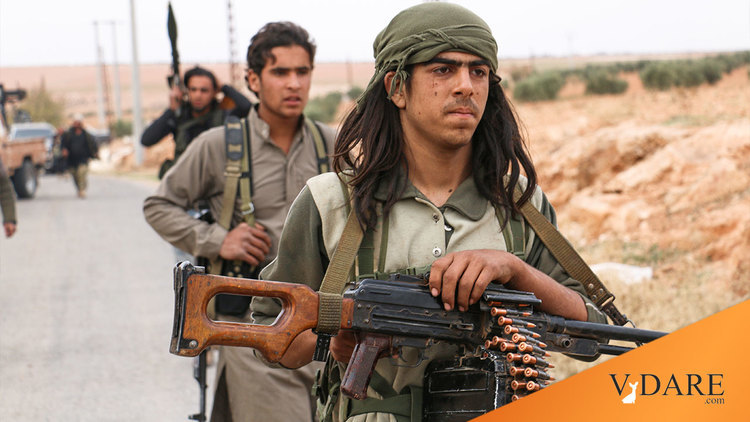 A Reader Shares Stories Of Our Afghan Allies

Reading about Afghan evacuees,  it reminds me of my time around Afghan war vets.

I work construction and a lot of my co-workers were veterans.

One of them told me stories about his time in Afghanistan.  He said they would team up with Afghan army, the idea was to serve alongside them and train them to US Army standards.  He was at a Forward Operating Base (FOB).  His job was to go around the perimeter and go from guard post to guard post to check if the Afghan soldiers didn't fall asleep on guard duty or if an infiltrator hadn't killed them.

Anyway, he said it was not uncommon to walk in on Afghan soldiers buggering each other.  I asked what their reaction was to him walking in on them.  He said they were not embarrassed, quite the opposite, they said, "imshi! imshi!"  (Go away! Go away!)  no shame in their game, and no consequences about the more important job of guarding the base and buggering each other instead.

I was told this in 2011.  That's when I knew for certain our efforts in Afghanistan were hopeless.