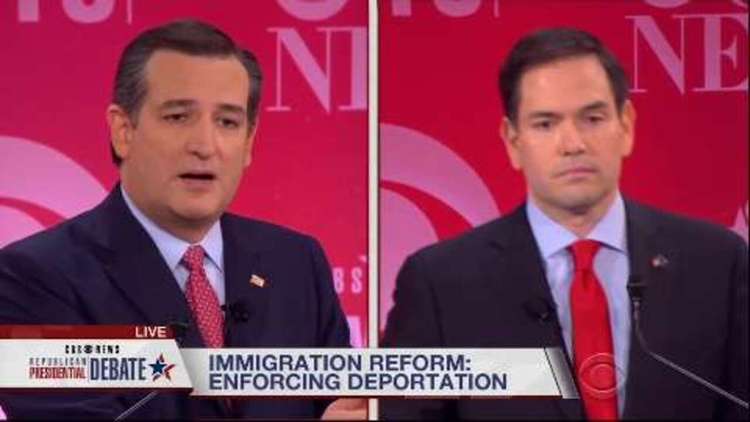 To me, the evidence of Ted Cruz's whiteness just points out how much greater a disaster amnesty and Hispanic immigration is than a bonehead like McCain will ever realize.

If you take the white Hispanics like Cruz out of the Hispanic population, and leave the mestizos, what would the leftist to American voting ratio result be?

Thinking we can just do better than 30% if we kiss Hispanic butt will turn out to make things even worse, as a bunch of Raza-conscious mestizos vote for government payments to themselves out of whitey's pocket.

James Fulford: I'll repeat what I said in a blog about the whiteness of Marco Rubio:

"Cubans aren't Spanish speaking members of ethnic minorities—they're Spanish. The white Cubans tend to be Republicans, and anti-Communists. They were the productive class in Cuba—that's why they had to leave. Mexican-Americans in the Southwest, on they other hand, are either Indians, or mestizos. They were the not-very-productive-class in Mexico—that's why they had to leave.

The GOP and National Review keep hoping the Mexican-Americans and Mexican immigrants will turn into Cubans. This is a delusion. In 2009, NR did a couple of articles about Ted Cruz, a Hispanic Republican in Texas. See Cruz Control | A Republican star rises in Texas by Mark Hemingway. May 4, 2009 [Subscriber link] and A Great Reaganite Hope, &c., by Jay Nordlinger, May 12, 2009. I'm willing to accept that Ted Cruz is a great American, genuine conservative, great communicator, and so on. But he's also a white Cuban-American, son of a white refugee from Batista. And it says something that the GOP's Hispanic outreach in Texas has produced not a patriotic Tejano, but a Great White Hispanic."