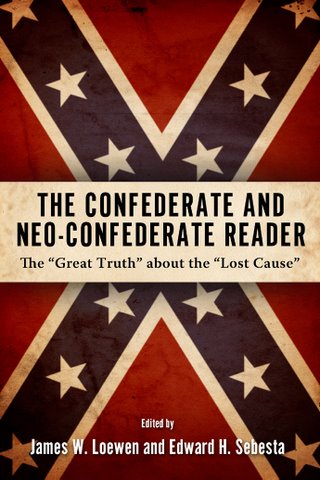 A Reader Says The Elite Goal Of "De-Confederatizing" The US Is To "End White Supremacy"—I.E. The Historic American Nation

From: Simon [Email him]

The current rush to remove symbols offensive to the Cultural Marxists should not be understood at all as a "grassroots action" of Twitter hashtags like #BlackLivesMatter. It comes from the highest levels of our political and cultural elite.

wen, a celebrated author most notable for claiming rampant "conservative" bias in American textbooks, is now out calling for the removal of all symbols that depict the Confederacy in anything but a negative light.[Why Do People Believe Myths about the Confederacy? Because Our Textbooks and Monuments Are Wrong, by James W Loewen, History News Network, July 1, 2015]

Whatever claim he has toward the predominance of the alleged "Lost Cause", his real agenda has nothing to do with history, and everything to do with current electoral politics. His essay ranges from the current citizenship test, to a white-Mexican clash fourteen years ago at a Wisconsin school.

As Loewen says "De-Confederatizing the United States won’t end white supremacy, but it will be a momentous step in that direction." After five decades of Affirmative Action, minority set-asides in government contracts, and unchecked mass immigration from the Third World, it's still not enough for him. For the Left, the very existence of the historic American nation, even in stone monuments and stained glass, is intolerable.