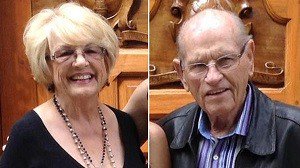 Troy Isom, 89, and Shirley Isom, 74, were found beaten to death in their California home.

I found another example of the press not reporting race or ethnicity while describing height, weight, age, and clothing.  It looks like a couple of stations did include a description of a person of interest as Hispanic while others omitted or later removed that detail.

Deputies initially responding to the incident sought a man seen leaving the area between age 25 and 30, and between 5 feet 7 inches and 5 feet 11 inches tall. He reportedly wore an orange or blue hooded sweatshirt and carried a green or red backpack.

Investigators were searching for an individual described as a Hispanic male, 25 to 30 years old, weighing about 160 pounds and 5 foot 7 inches to 5 foot 11 inches tall, Rodriguez initially said. He was last seen heading eastbound on foot from the home, she said.

Ethnicity removed, according to comments:

James Fulford writes: Apparently the last one, under its original title Search Continues For Man Accused In La Verne Double-Homicide, originally said “Detectives described the suspect on Saturday as a Hispanic man between the ages of 25 to 30-years-old, that stands no taller than 5-foot-11 tall.” Two more recent stories mention a suspicious man with a backpack, but in these stories, the man is not only not Hispanic, but is neither white nor black, which would make him stand out even in Southern California, if true.