The Lawrenceville School is the most expensive prep school in the nation, and is considered one of the most exclusive. Many people who live near the campus (located five miles south of Princeton, New Jersey)  can still remember the days where you could always spot Lawrenceville boys from the coats and ties they wore in town.

Well, the coats and ties are gone, and the demographics have changed quite a bit. But apparently, the school is now getting a surprising dose of bigotry thanks to Maya Peterson, the first black student body president in its history: 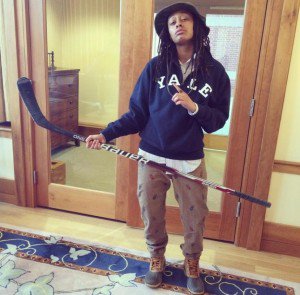 Maya Peterson resigned from her position at Lawrenceville School three weeks after photos of her wearing a Yale sweatshirt, L.L. Bean duck boots and holding a hockey stick were posted to Instagram with hashtags like #romney2016, #confederate and #peakedinhighschool. School administrators warned that she faced serious disciplinary action if she didn’t resign.

As always, such racism from the perpetrating "person of color" is always excused as simply "telling it like it is"?or in other words, "I have full license to be a racist and I won't apologize for it. Those evil white boys are the problem." The school must be given credit for taking action. [Statement from The Lawrenceville School regarding the recent Buzzfeed article, July 1, 2014]But can you imagine what the repercussions would have been if a white student body president had mocked his or her minority classmates at Lawrenceville in such a fashion?

The answer is simple: a full apology to the school, and expulsion. Very possibly, the offender would also not get into many colleges and would have his or her name forever tainted as a result. Something tells me that Ms. Peterson will not suffer the same consequences for her actions.

James Fulford: I don't have to imagine, we've seen it over and over with college fraternity parties, blackface "incidents" and so on.  We published an article called  Why Do Only Whites Lose Jobs Over Racial Remarks?

Usually the fraternity parties are not motivated by the same kind of racial animus that blacks display in cases like this.