A Reader Remembers Operation Wetback; Even If National Review Doesn't

I guess that Miller must consider President Eisenhower to have been a Nazi. In 1954, when the country first faced massive illegal immigration from Mexico, Ike's "Operation Wetback" successfully rounded up and deported huge numbers of illegal aliens and brought the border under control. See Alien Nation, by Peter Brimelow, page 34, Chart 3.

At the time, the neocons were still Communists and consequently unable to dictate the policies of a Republican administration, and William F. Buckley's magazine, as they do today. 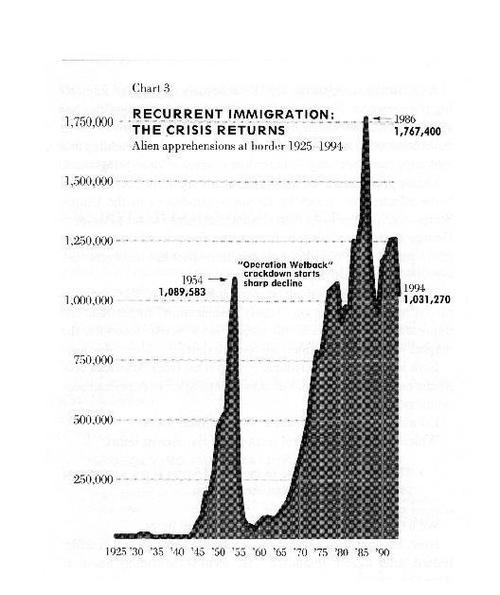