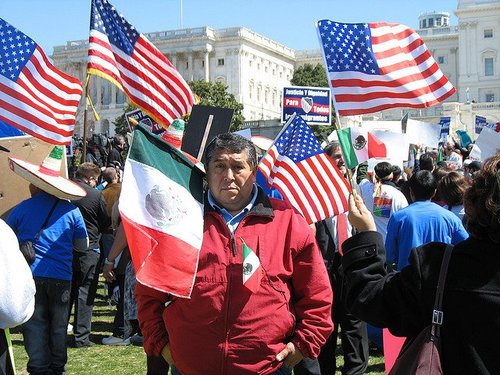 A Reader Recommends A Book On The "Mexican-American Mind"

An Anonymous Booklover [Email him]

I just wanted to recommend an excellent, highly revealing book I've found on the incredible cultural differences between Mexicans and Anglos. The Mexican-American Mind by one Ernesto Caravantes. It seems the author is a Mexican immigrant who totally indicts Mexicans for (among myriad other deficits) their culture of fatalism and nihilism as well as the sexual, physical, emotional and psychological abuse of their children (which will most likely continue indefinitely from generation to generation as it shows zero signs of stopping).

I thought other readers and writers of VDARE.com might be interested in what we're going to be consigned to indefinitely unless a patriot like Trump gets into office.

James Fulford writes: I read the Amazon reviews of the book: two Anglos and a Hispanic lady teacher said that based on their experience, Caravantes had totally nailed it, and a guy named A. Hernandez said that "This book has no citations, theoretical framework, or scholarly support in any of his rants. But I'm sure the racists will eat it up."