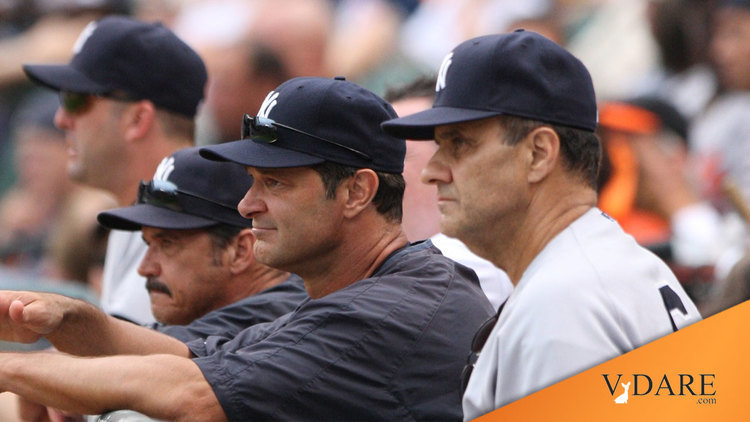 From: An Anonymous AMERICAN Baseball Fan [Email Him]

Notice anything about those names? None of them sound Scandinavian, that's for sure! We always hear talk about Latin domination of baseball; it appears that much of that Latin domination is derived from a greater propensity for cheating.

James Fulford writes: Joe Guzzardi covered this phenomenon for VDARE.com in 2005: Hispanic Ball Players On Steroids—It's Your Fault! For a second I thought Francisco Cervelli might not be Hispanic (Cervelli is Italian, not Spanish) but he’s from Venezeuela, which is a Hispanic country. Steve Sailer had already blogged on this by the time I got this letter. See Noticing Patterns: 13 Out Of 14 Accused Steroid Users In MLB Have Spanish Surnames.

The list in his version includes the non-Hispanic name Ryan Braun, from California…but that’s almost a Hispanic country now, too.

A more serious problem is that the same pattern can be seen in Border Patrol corruption cases—there the names have included Oscar Antonio Ortiz,. Juan Alvarez, David Duque, and two brothers named Villareal.