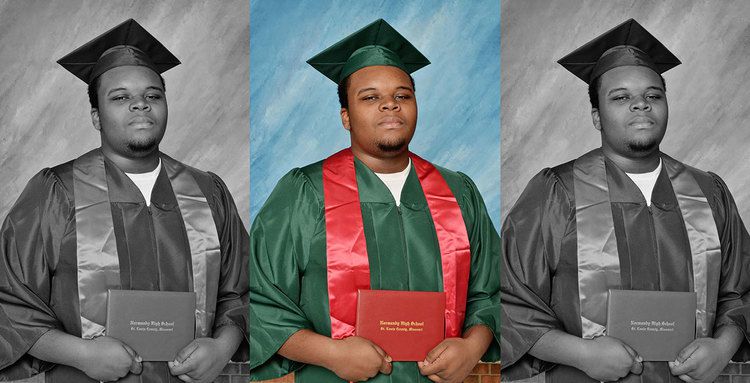 Re: James Fulford's article Narrative Collapse, Fighting For Injustice, And The Importance Of VDARE.com

From: An Observant Anonymous Reader [Email him]

Ferguson,  Missouri's Mike Brown may have behaved thuggishly on the day of his death, but my guess is that it's a mistake to expect him to have a criminal record.

If he'd been regularly doing anything like robbing convenience stores in his own neighborhood blissfully ignoring security cameras, followed by walking down the middle of busy streets carrying his loot and further attracting attention to himself by refusing police orders to return to the sidewalk... well, he would never have graduated from high school, even his high school (Normandy High is known as “the most dangerous school in the area” ) only one summer school semester behind.

The clue to his crazy behavior is to notice the evidence that he really was going crazy and had interpreted his symptoms as a religious experience, with resultant delusions of grandeur and expectations of invulnerability.

In a NYTimes profile his family reports behavioral changes, a "vision" of the devil chasing an angel, and a recent baptism. [Michael Brown Spent Last Weeks Grappling With Problems and Promise, By John Eligon, August. 24, 2014]

Then if you look at the conversation he had with a white contractor working in Ferguson about the bad vibrations he was generating by cursing out a tree root he had hit while digging, how this was somehow a problem for Jesus, and Brown's promise to return and sort it out after he went to the store. [Workers who were witnesses provide new perspective on Michael Brown shooting, By Jeremy Kohler, St. Louis Post-Dispatch, September 7, 2014] Take a look at the graduation photo, only a few weeks before, where everyone else is smiling and happy, but Brown is looking.... imperious. Anyway, if you entertain the notion that Brown was a nut case who thought he was on a mission from God a lot of things that otherwise don't make sense fall into place.

James Fulford writes: I didn’t read the article in the New York Times when it was printed, but I remember that there was a moral panic about it because the writer said, in the course of a largely positive profile, said that Brown was “no angel”. [N.Y. Times defends calling Michael Brown 'no angel', By Hadas Gold, Politico, August 25, 2014, and An Ill-Chosen Phrase, ‘No Angel,’ Brings a Storm of Protest, By Margaret Sullivan, NYT, August 25, 2014]

But yes, the New York Times story does suggest the onset of schizophrenia:

"He had seen something overpowering. In the thick gray clouds that lingered from a passing storm this past June, he made out an angel. And he saw Satan chasing the angel and the angel running into the face of God. Mr. Brown was a prankster, so his father and stepmother chuckled at first.

“No, no, Dad! No!” the elder Mr. Brown remembered his son protesting. “I’m serious.”

There is frequently a sentiment that police are wrong to shoot “mentally disturbed” people who attack them, and should somehow “defuse” the situation. This is incorrect—maniacs are less open to being reasoned with than normal people, less predictable, and more dangerous.