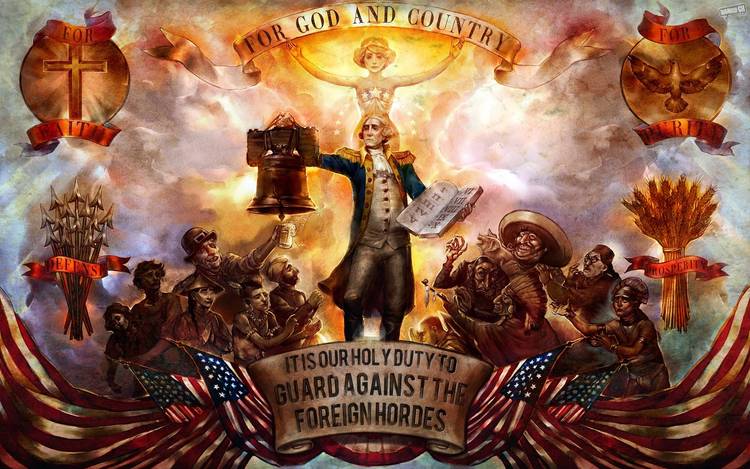 A Reader Notes A Piece Of “Patriotic” Videogame Art

My son, who is a fan of a video game called Bioshock Infinite, was looking on the internet for a wallpaper related to the game. When you search Google for "Bioshock Infinite wallpaper," the first result is the following: 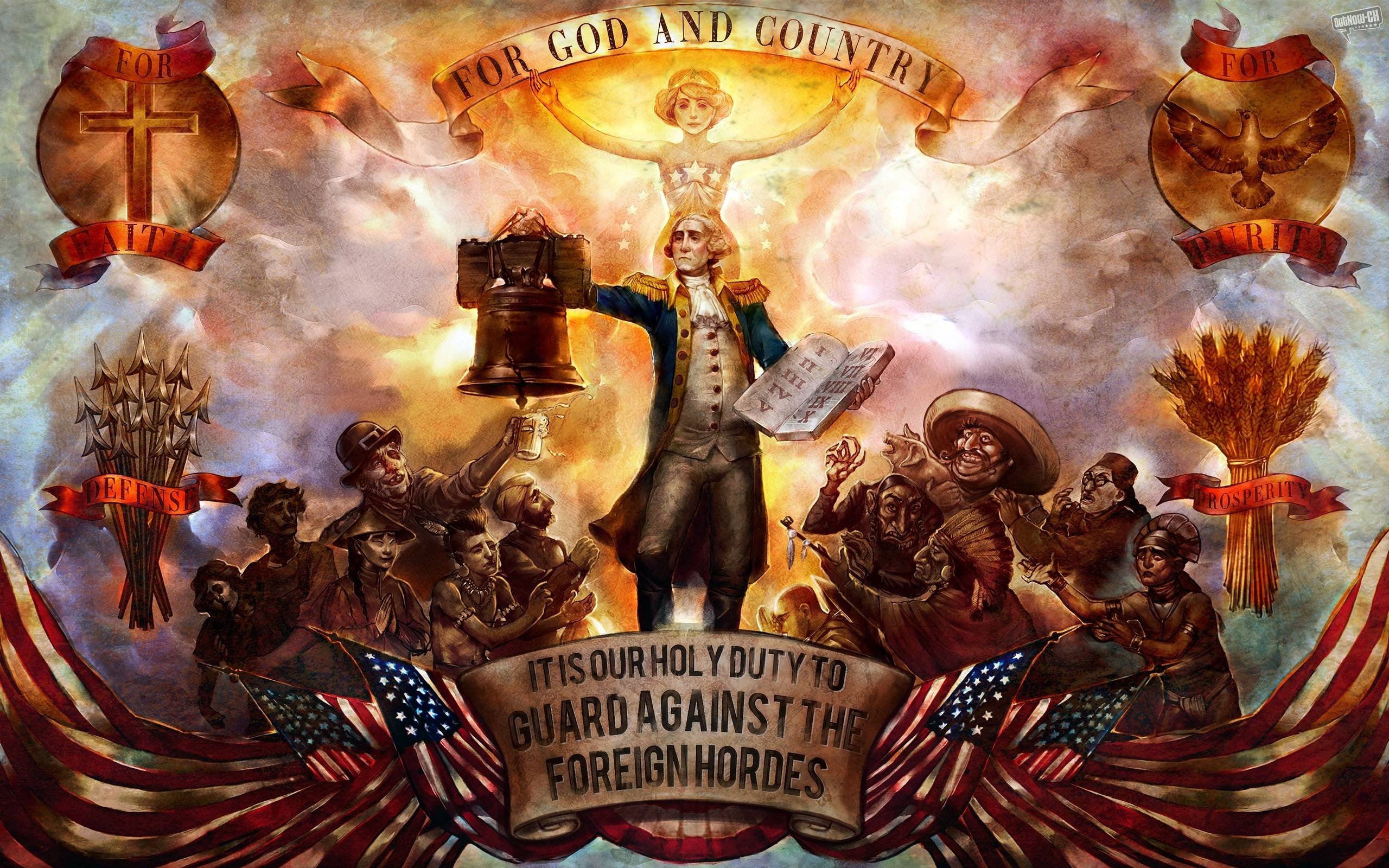 I haven't played the game so I'm not sure if they are being facetious but I thought you would like the first image featuring George Washington.

James Fulford writes: They are being facetious—the picture includes caricatures of nineteenth century immigrants, but the game itself is meant as a caricature of nineteenth century nativists. (Not that there's anything wrong with nineteenth century nativists.) See The Nerd as Auteur in BioShock Infinite, by Harold Goldberg, New York Times, March 21, 2013, which says "Zachary Hale Comstock, a white-bearded, nativist prophet who rules over Columbia, is portrayed either as comforting or frightening by two warring factions, the xenophobic Founders and the anarchist Vox Populi."