A Reader Mourns The Tragedy Of Cologne 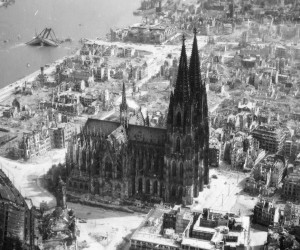 My husband and I were in Cologne in 2011. We attended Palm Sunday services at the Cathedral. Very moving.

We also loved the Roman artifacts in a small museum there. It made me appreciate being forced to take Latin and to read Julius Caesar.

The Allies leveled Cologne during WWII but the pilots attempted to avoid the cathedral. The Germans have rebuilt the city but now it has been destroyed by a new invading force.

The New York Times calls it "a new reality" but I would call it a terrible tragedy which results from world leaders who insist that all cultures and religions are equal.