From: A Reader From North Carolina [Email him] 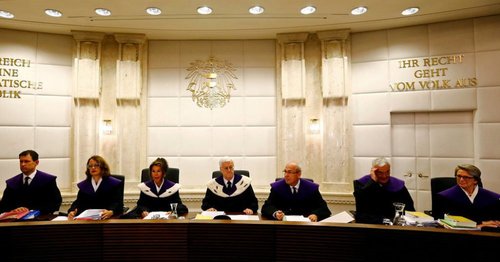 In less than a month, Austrians will choose their new president. This is the second time Austrians will have voted for president this year: an earlier election pitting nationalist candidate Norbert Hofer against Green Party member Alexander Van der Bellen was annulled after the country’s constitutional court found that the election—narrowly won by Van der Bellen—had been marked by severe irregularities.

On December 4th, the two candidates will once again face off. Many are now predicting victory [Austria told Trump win 'wake-up call' as country poised to elect first far-right President, By Katie Mansfield, UK Express, October 23, 2016] for the immigration restrictionist Hofer, who has risen to prominence on opposition to Merkel’s refugee policy. A win for Hofer will be taken as confirmation of a Trump effect as voters, looking to America, are emboldened to cast their ballot for an end to the nation-breaking policies that are so rapidly undoing Europe.

With crucial elections scheduled for France and Germany in the next year, it will also be seen as a bellwether for the rest of Europe. A victory for the Freedom party will be confirmation that, in the wake of Brexit and Trump, the prevailing political winds are now blowing from West to East.