From Jim Bowery [Email him]

I've got a message for immigration patriots and, in particular, polemicists such as Ann Coulter:

The 10% (at most) that increased immigration against the will of 90% (at least) and did so for decades. [See Poll Exposes Elite-Public Clash On Immigration,   by Sam Francis, October 24, 2002] 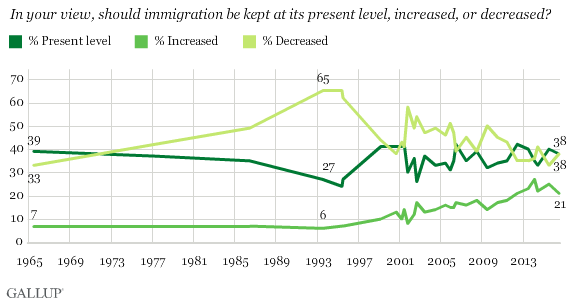 The "10%" needs to be juxtaposed with "decades of immigration increase" as the first and last thing presented in any polemic; and in between it needs to be the nail hammered most relentlessly.  See "Diversity" vs Human Development on my blog.

10% violating the consent of 90% a strategic social policy has no justification.

It is a direct and relentless attack on the consent of the governed:

The foundation of civilization.

Attacking the foundation of civilization has consequences...