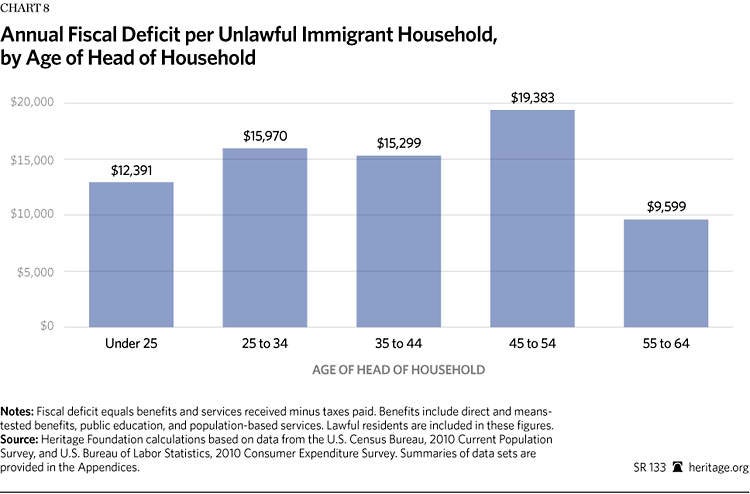 From: Another Reader Who Requested Anonymity [Email him]

What do your resident experts say to this?

"A bipartisan Senate bill that would create a path to legal status for many of the 11.5 million undocumented immigrants in the United States could reduce deficits by $175 billion over the first 10 years and by at least $700 billion in the second decade.

That's according to an analysis released Tuesday by the nonpartisan Congressional Budget Office."[Immigration bill could cut deficits by $175 billion - CBO, CNNMoney, By Jeanne Sahadi, June 19, 2013]

It's "nonpartisan" so it must be true, right?

James Fulford writes: This has already been refuted by Robert Rector—see

Also worth looking at, in this context, is the original Heritage report:

Of course, the "long run" question is whether amnestied illegals and their "educated-at-US-taxpayer-expense" children will become productive members of society and net taxpayers. For that, you'd have look at Jason Richwine's Ph. D. thesis  “IQ and Immigration Policy” —which is what got Jason Richwine fired.