Re: Peter Brimelow's blog post Francis’ Speech To Congress: Is The Pope Catholic? Or Just Silly And Stupid?

From: An Anonymous Woman Patriot [Email her]

Regarding the Marxist Pope, his American tour of leftist destruction (is he gone yet?) and the Open Borders Catholic Church's tireless, evil Reconquista crusade... there's never a moment's peace for an immigration patriot!

How comforting it is to know that, currently, every single mainline Protestant denomination—plus the Quakers and the Jews!—are working in unison with every Catholic diocese across America to promote (in spirit and action) the lawless, criminal Sanctuary Movement.

My Catholic grandmother recently experienced her priest rambling on during Mass about their parish's "eventual goal" of housing an illegal alien family—she was shocked and appalled...as am I, but not at all surprised. 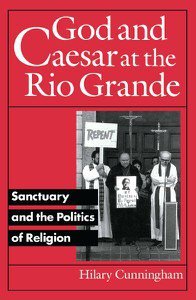 Anyway, Ann Corcoran of Refugee Resettlement Watch recommended an excellent and wholly edifying book—God and Caesar at the Rio Grande: Sanctuary and the Politics of Religion—that I want to, in turn, recommend to those writers and readers of VDARE interested in the (treasonous) Religious Left.

Your blood will boil, and rightfully so.