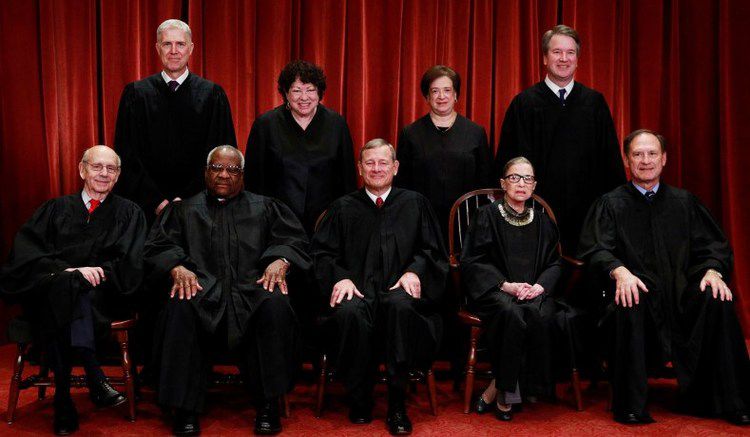 The talk in the Dissident Right blogosphere seems to be full of disappointment about Chief Justice Roberts and his decision in the census case. While the decision is certainly not good, it is not necessarily bad either. The Chief was the fifth vote for remanding the case for further proceedings. Throughout much of his opinion, he actually defended the Administration’s decision to include the question on the census form. He just expressed some misgivings about the process the Administration used to arrive at its decision.

This is rather similar to how the Chief handled the issue of partisan gerrymandering in Gill v. Whitford last year. The Supreme Court avoided making any major decision on the central issue in that case, and remanded it back to the lower court. But this year, the Supreme Court finally ended all partisan gerrymandering challenges at the federal level in another decision released on Thursday. The Administration is up against a time crunch to get the forms ready, so we still have a good chance of losing. I would, however, not be surprised if we ultimately prevail on this issue at the Supreme Court towards the beginning of their next term. Roberts is not our enemy—he is an incrementalist.

As I just mentioned above, our side did receive a major victory from the Supreme Court on partisan gerrymandering. The Court, with the Chief providing the crucial fifth vote, ruled that partisan gerrymandering is a non-justiciable issue. States with unified party control at the legislative and executive level will still be allowed to draw Congressional Districts that will benefit the majority political party. This means that states like Georgia, Florida, Texas, and Ohio will continue to send a majority GOP Congressional delegation to the House for another ten years.

With the ruling on partisan gerrymandering, the Supreme Court has given us a ten year reprieve. Congressional Districts will be drawn in such a way in enough states that the GOP can attain a House majority during the 2020s. The Senate is already favorable to the GOP. This is not to say that the GOP will win these Congressional elections—only that they will have the ability. This ruling, however, only protects against the storm of demographic change. It will not protect against the “Camp of the Saints” tsunami that will almost certainly arrive by 2030. After 2030, it is exceedingly difficult to see how the GOP would be able to put together a governing majority.

Basically, the Supreme Court bought us ten more years to pass patriotic immigration reform. If it does not become law before 2030—it never will.