From:  George Weinbaum [Email him] 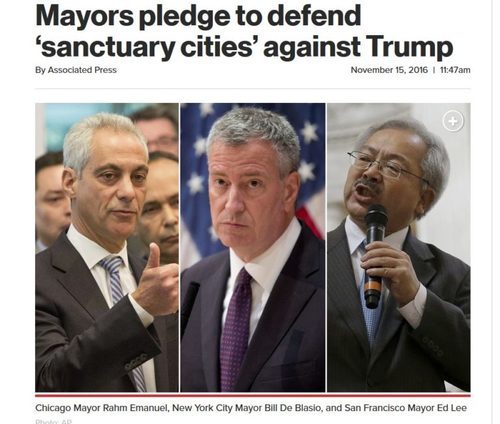 Federale's latest piece on HSI investigators targeting mayors got me thinking. For about 20 years I have advocated raiding the registrar's offices of Universities like UCLA and Cal Berkeley which give "in-state" tuition to illegal aliens to identify persons liable to deportation and arresting the employees of these offices as "aider-abettors".

But RICO! Wow what a thought! RICO has a triple damages provision which might be used to bankrupt a city which protects illegal aliens.

"The facts are a lurid mixture of corruption and murder in a west suburban Chicago setting. Masters was a lawyer, Keating a lieutenant in the Cook County Sheriff's Police Department who commanded the vice squad and later the criminal investigative unit, and Corbitt the chief of police of Willow Springs. The RICO enterprise, as the government conceives it, was an informal association among the three defendants and three other entities (so a total of six in all): Masters' law firm (a professional corporation of which he was the sole shareholder and which employed another lawyer) and the two police departments".