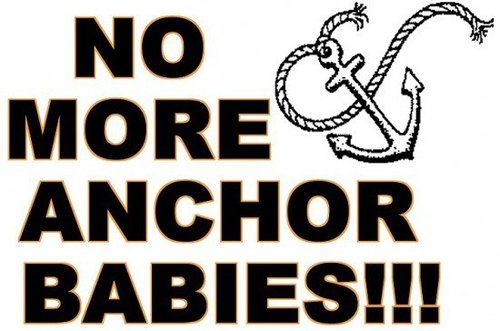 A Houston Reader Suggests Jailing Illegals Who Have Anchor Babies

Re: Jared Taylor And Peter Brimelow: Let’s Put A Cherry On Top Of The Trump Immigration Plan!

From: George Weinbaum [e-mail him]

If I were asked to put a cherry on top of the Trump plan, it would be this—for about 20 years I have advocated making it a felony punishable by five years in federal prison to have a child in the US while an illegal alien.  If need be, post ICE agents in every hospital in the US to enforce this.  Subpoena all school records of kindergartners to identify anchor babies’ mothers.

It's using the Left's position on gun control.  The poor, deprived, enraged black is not responsible for killing someone.  Smith & Wesson is.  Similarly, the poor anchor baby did no wrong.  But his mother ....