Re: “Great Books” Colleges Not Immune To Cultural Marxism

From: A Former "Great Books" Student [Email him] 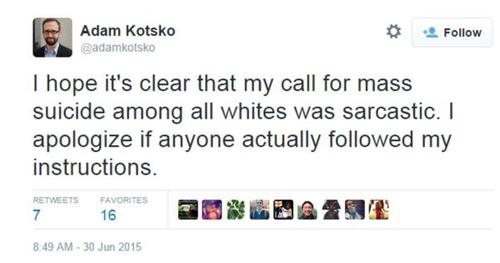 Almost four years ago now I wrote a piece for VDARE about how, strangely, even colleges with superficially-sounding conservative curricula could still be completely dominated by Cultural Marxism. In my case, I briefly attended a "Great Books" school (wherein you read as much of the Western Canon as possible) that had its own pro-white genocide professor.(That's his "apology" at right.)) At the time I wrote my article, it was to urge folks to really dig deep when choosing a college, and not just think "Oh well if the entire four years is the Western Canon, they must be fine," like I did before amounting tons of debt. Much like a country, the revered documents of a college won't keep it pristine if the population quality goes down hill.

All of that is still true.

However, at the time I wrote the piece, I kept the name of the college under wraps. No need to now. It was Shimer College. In 2014 it was named the worst college in the country. Leftist outlets like Huffington Post and The Guardian immediately went to bat for it but to no avail. Shimer is now officially closed and become just a department at a minor community college. 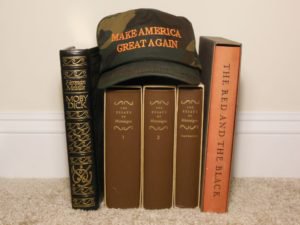 Dropping out was a great decision. If I had stayed, I would have accumulated another $30,000 in debt for a line on a resume that would elicit only laughs when Googled.

If you attended or worked at Shimer, and was glad to see me go: f— you too. Funny how things played out isn't it? Here are some of my more cherished great books with the appropriate attire.