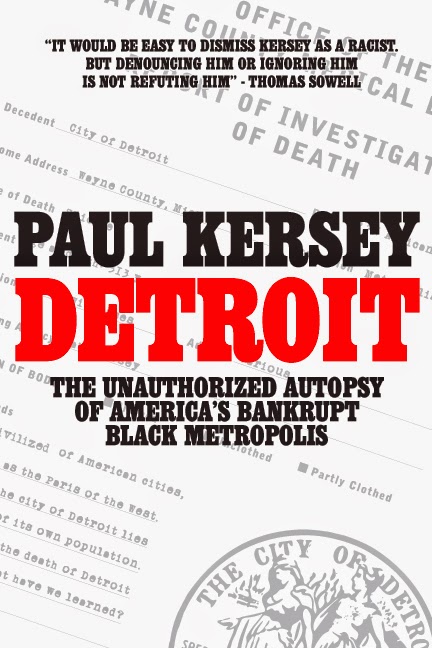 The Detroit News reports that Detroit's Mayor has noticed that there are no skilled tradesmen left in Detroit. They want to train locals to do the work that the tradesmen who used to live there did:

If you live in the city of Detroit, you may have already caught on that there is a dearth of fix-it guys (and gals).

There are just 58 licensed plumbers and 283 carpenters who live in the city of 700,000 residents. Reportedly you can count the number of electricians on two hands.

Those numbers have caught the attention of the city’s jobs team, which is turning its focus to training residents for these good-paying, skilled trades jobs available right now.

“The need is outpacing the actual supply,” says Jeff Donofrio, the director of Detroit workforce development, a position at City Hall. “We’ve got to create the pipeline.”[Where are the handymen in Detroit?, By Ingrid Jacques, The Detroit News, February 25, 2017]

It's the same thing in Washington, D.C.

About five years or so ago I saw a Ford van hauling ass down Highway 5 in Southern Maryland. (I was visiting my family at the time).  Affixed to the back of the van was a sign.  It said, "Now hiring HVAC techs.  Starting wage $32 per hour."

Add in overtime, bonuses and benefits, and as an HVAC tech you could easily be making over $100,000 per year in suburban D.C., which even in high cost D.C. is a sweet income.

But the blacks don't want these jobs.

With a government job you can be as lazy and shiftless as you like, but cannot be fired.  Ever.