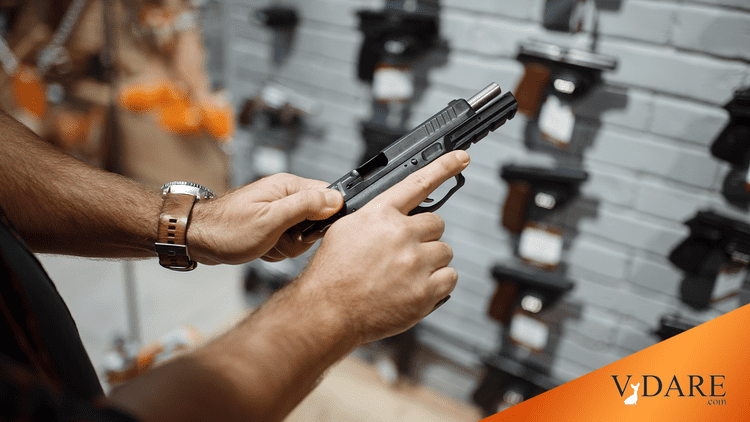 Re: Steve Sailer's Blog post "Why Hispanics Are Natural Democrats And What The GOP Can Do About It"

From: An Anonymous Connecticut Reader [Email him]

What is also little known is the OVERWHELMING support for gun control amongst Hispanic voters: Democratic strategist Celinda Lake found in her October 2011 polling that Latinos, 76%, favored strict gun-control laws.

James Fulford writes: I wrote about some of the issues involved in an article called Reconquista, Terrorism, and Gun Control.