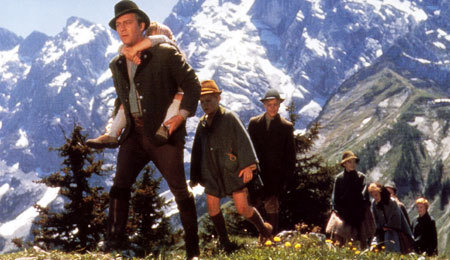 Often times people will talk about someone they grew up with that crossed the border as an infant or a toddler.

Example: in a Tancredo-bashing piece, Latino Republican Judith Martinez, who can “can barely contain her ire” when talking about Tom Tancredo, says she

“grew up in a Latino neighborhood and was best friends with a girl who was smuggled into the country when she was 18 months old."[Despite GOP fears, Tancredo soldiers on By Lynn Bartels The Denver Post, May 14, 2014]

I'd like to know if any of those people were actually there to witness it. I mean the witness would have been a similar age at the time if they grew up together. So a toddler visiting the border witnessing another toddler crossing the border at that exact moment. How can you verify such a story? I’m sure it happens but it is exaggerated occurrence. If it were true it should be discouraged.

James Fulford writes: I assure you that people are actually dragging toddlers and even infants (landowners keep finding discarded diapers) through the desert, and sometimes this results in the death of the children. (Pictured right, Christopher Plummer as Captain von Trapp from The Sound Of Music, crossing the Austrian border carrying a small von Trapp. The von Trapps are emigrants—who have been displaced by immigrants. It was called Anschluss. )

On that ground it should be discouraged because it’s dangerous, but it also means that the kids who grow up in America are placed in an impossible position—they speak like Americans, they think like Americans, but they’re legally Mexicans. I blame the parents, who are sometimes said to want a better life for their children, but actually just want more money for themselves.