A Canadian Reader Asks Why National Review Bothers To Grovel, Since They'll Be Called Racists Anyway

From: A Canadian Reader (Email Him)

I just sent Derb $100 so my resources are a bit limited for a while....Meanwhile, though, NRO's firing of Derb reminds me of the celebrated Tea Party sign "It doesn't matter what we say, you'll call it racist anyway."

Much good it may do NR, eg. from a typical leftist website:

The National Review: Always Was and Still Is Wildly Racist

Why do they bother?

James Fulford replies: Both VDARE.com and John Derbyshire are grateful for all donations.

Looking for a copy of this famous “call it racist” sign 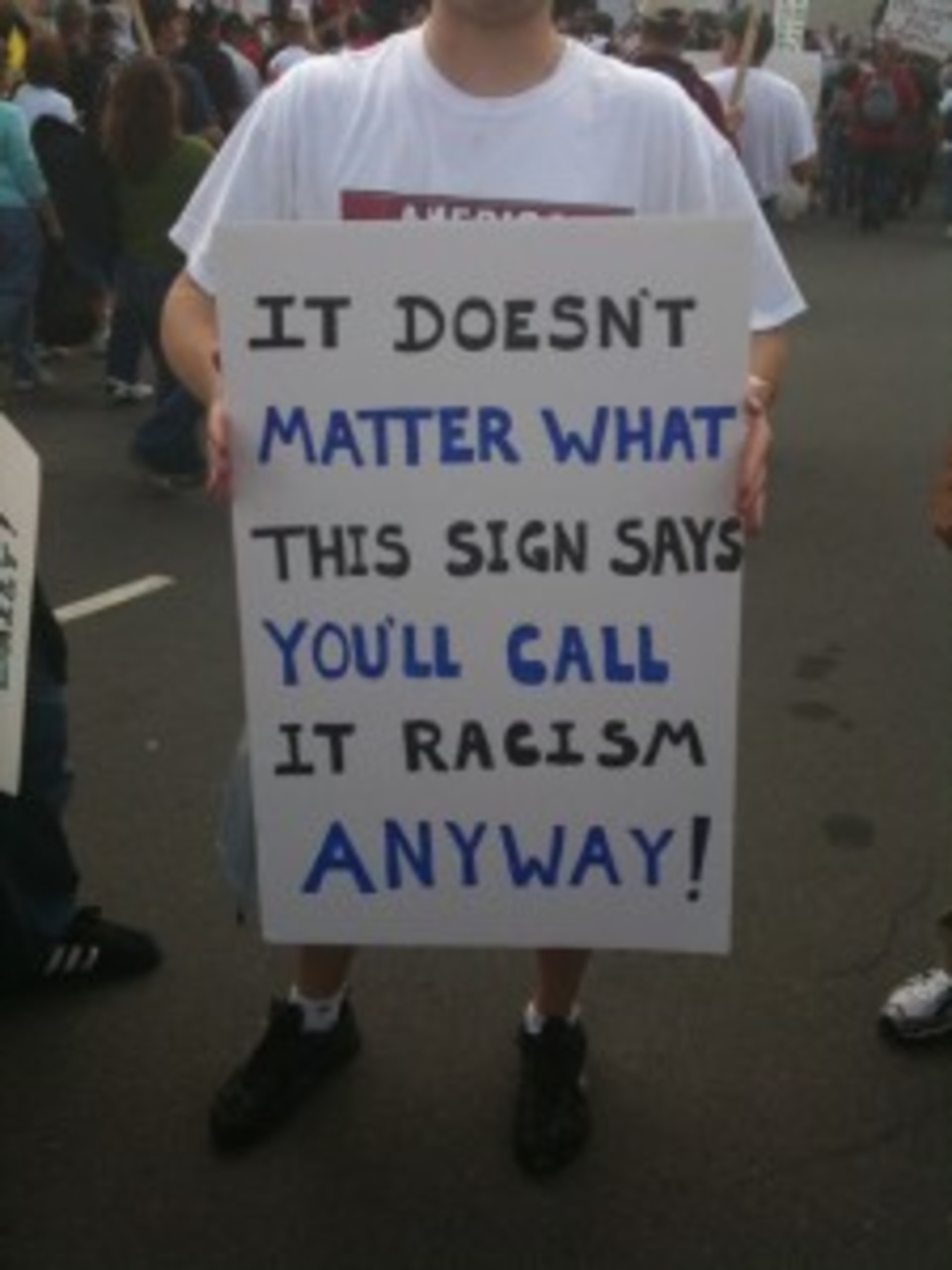 to illustrate this letter, I found it on left-wing blog with the caption: “Hillbillies Trade Hoods for Clever Signs.” Jerks.

However, it’s true that National Review, staffed almost entirely with white people, and representing the (white) Republican Establishment,  will continue to be the focus of anti-white hate no matter how much they grovel.

By the same token, my last night’s column included this:

Ms. Grant [Twitter], who used to write for Salon, says “John Derbyshire, whom you might remember as the guy too blatantly racist for the much more subtly racist National Review–has found himself a new gig.”

Memo to Rich Lowry [Email him]: This shows, one more time, that nothing is gained by appeasing these people.

Peter Brimelow adds: I don't think NR's editors care about the magazine. Their ambition is simply to use it as a stepping stone to acceptance as professional Token Conservatives in the MSM—which means toeing the line on issues that are really important to the Left and, also, not being too effective.