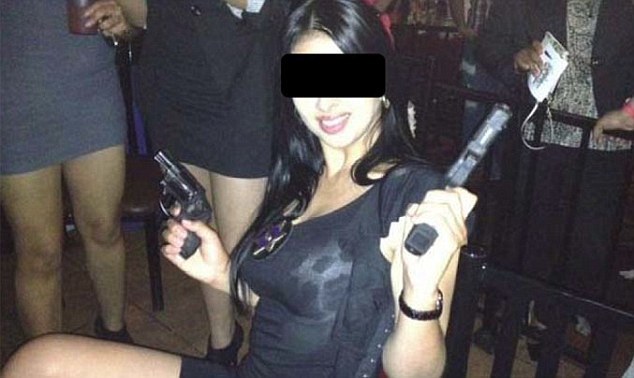 Here’s a Hispanic corruption story from the local news, involving the arrest of Mayor David M. Silva, Councilman Osvaldo Conde and Angel Perales, the former head of code enforcement, in the town of  Cudahy, near Los Angeles, and this interesting photograph:

• The action follows the release of a photo, in conjunction with the arrest of three Cudahy officials, of a woman in a nightclub wearing a councilman's badge. 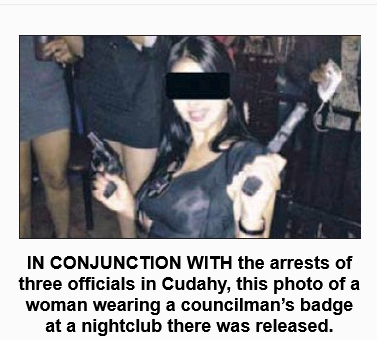 This photo of a woman wearing the Sheriff's Department badge of Cudahy Councilman Osvaldo Conde was released by the U.S. attorney's office. (unknown / July 10, 2012)

The Los Angeles County Sheriff's Department, which has faced criticism for handing out official-looking credentials to civilians with no law enforcement duties, is recalling an estimated 200 badges the department gave to local politicians, according to documents and interviews.[More]

Is this the kind of story you’d get from Los Angeles, or from Tijuana? And is there a difference?