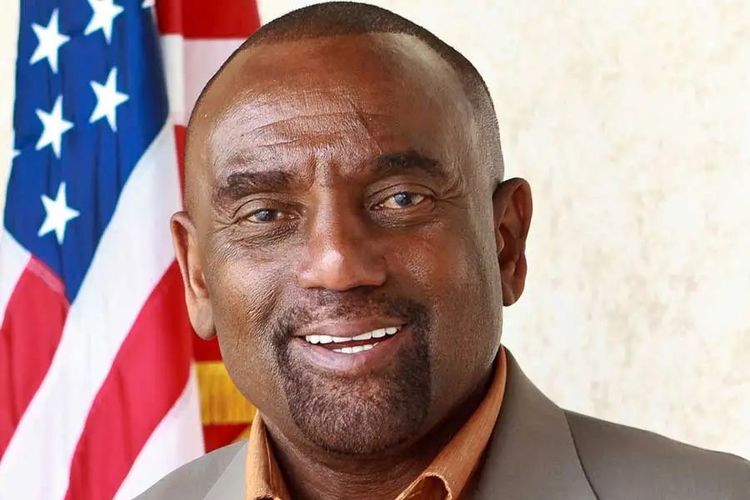 A California Reader Asks About A Black Conservative Preacher

From: An Anonymous California Reader [Email him]

Thanks to James Fulford for his insightful and well documented articles on this and related topics at VDARE.com.

For some more documented support from a different angle, VDARE.com might have a look at a book by the Rev. Jesse Lee Peterson. This is a black guy whom whites suspicious of blacks can actually like and admire. I saw him speak a few months ago at the Conservative Forum in San Jose, CA. He's honest and sincere, traits I don't sense in most political blacks. He blames blacks for their own problems. And confesses he was bitter against whitey himself till he wised up. Now he teaches blacks how to save themselves from themselves.

After the speech, I shook his hand and bought From Rage to Responsibility (Paragon House publisher, 2000). In it, he describes the mentality of the black community seen from the inside and postulates that black rage comes from abandonment by their fathers.

I don't think that's the whole story, but it makes a lot of sense and is surely a big part of the pathology. Facing up to it turned his own life around, he writes.

Oddly, though he's actually on our side and is reasonably publicly prominent, I don't find Peterson mentioned in a search at VDARE.com.

James Fulford writes: I respect black conservatives, because I have some idea of how hard it is for them. The $PLC’s attacks on them are, if anything, worse than the ones on us. Here at VDARE.com, we’re on the political fringe in some ways, but if you’re in the black community, normal attitudes to crime control, patriotism, and gun control are on the fringe. Simply voting Republican is on the fringe in the black community—about half of Americans vote Republican, and about five percent of blacks do. However, I also have some skepticism about black conservatives. See BRC (“Black Run Conservatism”) vs. GAP—(“Generic American Party") By James Kirkpatrick.

Let me put it this way—while I can respect black conservatives like Thomas Sowell,  Elizabeth Wright, and any number of others (with the specific exception of Alan Keyes) I don’t feel that I need Jesse Lee Peterson to bless my political opinions.

The belief that such a blessing is necessary led to the nomination of Keyes, for example, to run against Barack Obama for the Senate in Illinois. You know what that led to.