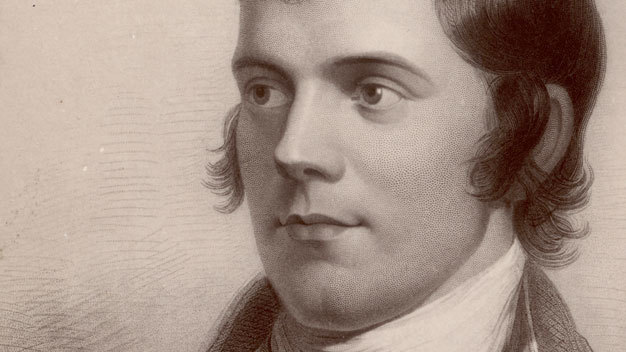 A British Reader Objects To Translating Scotch Into English

01/21/11 - A Hispanic Reader Promises To Get Back To Us And Point Out Our Lies… Mañana. We're Still Waiting

From: Matthew Slater [Email him]

Re: Pat Buchanan's Syndicated column How the Chinese Must See Us

Robbie Burns did NOT say "O would some power the gift to give us to see ourselves as others see us", as Pat Buchanan quoted him. He said, "O wad some Power the giftie gie us/To see oursels as ithers see us!" Giftie does not mean "gift to", but means "gift" or in this context, "the skill, the insight". Would you publish quotations from Shakespeare updated into modern English, and incorrectly at that?

James Fulford writes: We're not responsible for the content of th e syndicated columns, just the links, but in this case, frankly, the answer is yes. An 800 word column is no place to start teaching the general American reader Robert Burns's incomprehensible Scottish dialect, and the translation is accurate enough for poetic license. When you consider that Burns's famous poem Tam O'Shanter requires 69 footnotes just to make it comprehensible, we would feel justified in treating Burns's dialect as a foreign language. However, I did include a link to the original poem, which begins "Ha! Whare ye gaun, ye crowlin ferlie?", and what the World Burns Club calls a standard English translation, which happens to be word for word what Pat wrote.

As for Shakespeare, Bertram Wooster, told that someone's hair stood up like "quills upon the fretful porpentine" said "That can't be right, there isn't such a thing." And when it was explained to him that this meant "porcupine" said "I suppose half the time Shakespeare just shoved down anything that came into his head."