A Black VDARE.com Reader Says Trump Will Win Big Because The MSM Is No Longer In Control

From: A Black VDARE.com Reader [Email him]

I believe Trump will win big, in spite of media attacks and polls that say he won’t.

When traditional media (TV, print, radio) controls 100% dissemination of information, sample-based polls and campaigns strategizing towards them makes sense. If the MSM can say “We control literally how everyone is informed”, a barometer of their control would be polls weighted on demographic breakdown, voting history, right/wrong track and all those questions Gallup asks.

This is the first election in which traditional media not only doesn't control 100% of how voters are informed, they don't even control a majority (I'd guesstimate 20% max). As such, any poll that's weighted in any way is null, void, pointless and meaningless.

The Daily Show guy I saw recently made a good point. He was speaking of Tomi Lahren and how a Facebook clip of hers got 50 million views—as much all of cable news combined over a week's time. I saw that clip of him saying that in passing online while checking my email. Any smart person would have a grasp of basic culture on a grassroots level to understand the new metrics that could properly gauge how this election is going to turn out.

Cable subscriptions, cable cancellations, book sales, Twitter impressions, rally size, record sales of last 20 years, cultural shifts, I can go on and on.... those things if properly understood and weighted would tell more about who and how votes will be cast than traditional polling. This is a wave election and the waves that matter most, no one is talking about nor bothering to understand. 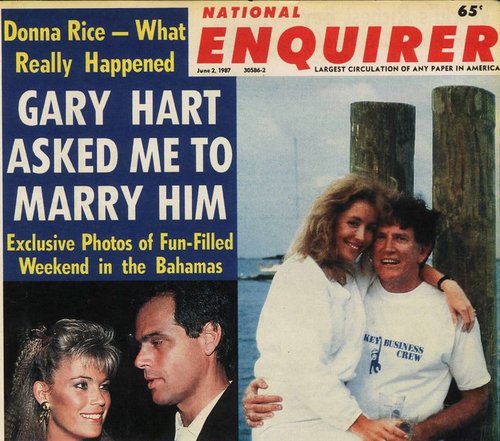 Secondly, the black vote (yes, I’m a black guy who reads VDare.com). The greatest gift to the GOP was Obama. He energized black voters at a scale and rate never before seen (yes, we voted for him because he was black). When people are now paying attention in an area they were never before, they are going to take their previously established cultural leanings and apply them.

In other words, black people who are naturally conservative are not happy with Dems and HRC. Throw on top of that more informed people and the MSM creating a false existential threat (police) and now you have a wave of people who won't deliver the scale nor the percentage HRC needs to win.