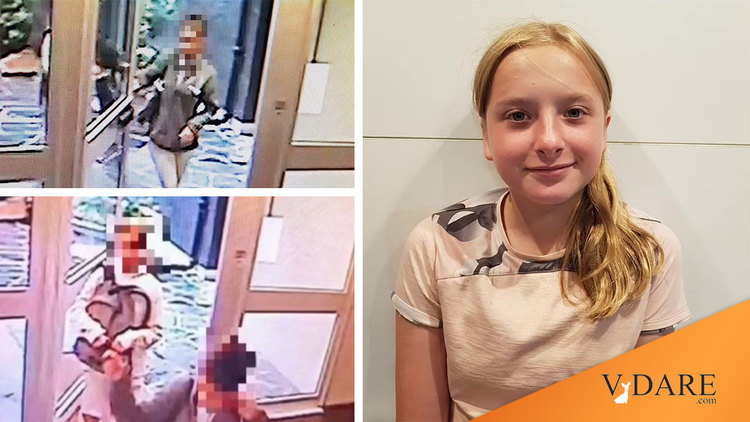 The headline says “Homeless” but the story is about a young white French girl killed by four Algerian immigrants.

Homeless woman ’who boasted about selling body parts’ is charged with raping, torturing and murdering 12-year-old Lola after the girl was found stuffed in a suitcase in Paris with numbers 1 and 0 ’placed’ on her corpse

Two familiar things stand out as we get to the end of this story:

1) The concluding statement that ”The students at Lola’s school are receiving psychological support”—or, as The Daily Mail reports more expansively:

Parisian officials indicated that staff and students of the Georges Brassens school, as well as neighbouring schools in the area, would receive psychological support.

Forget about the psychological counselors. The kind of ”support” these children need is protection from dangerous maniacs living on their streets. And the perp was an Algerian migrant: why was she even in France?

2) An endless number of sappy commenters expressed sadness and sympathy for the child and her family—with no suggestion that this whole horrible scenario could have been avoided by sane immigration policies.