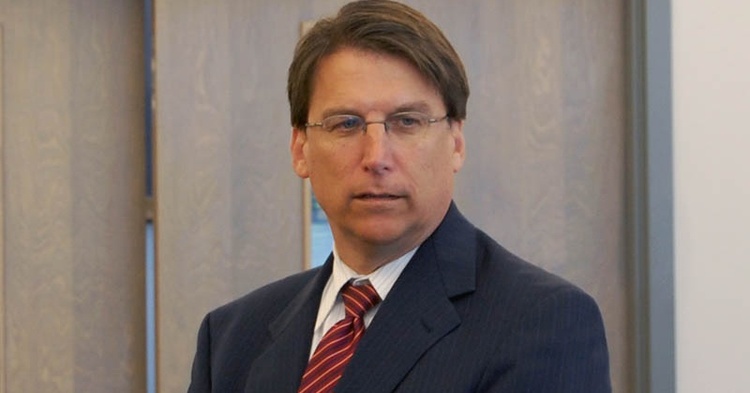 Governors elected in the past two elections have turned out to be profoundly disappointing to immigration patriots: many who campaigned on enacting SB 1070-type laws have surreptitiously tried to undermine them under pressure from the business lobby, especially the agribusiness lobby—a noxious combination that VDARE.com calls the “Slave Power.”

Still, in a refreshing contrast, North Carolina Governor Pat McCrory did not campaign very strongly on immigration in 2012 but since taking office, has stood up to both the ethnic lobbies and the business lobby in his own party.During the campaign, McCrory endorsed 287(g), the  program that allowed sheriffs to turn illegals over to Federal authorities, but said North Carolina “didn’t need new immigration laws.” [State Elections Produce New Opportunities, Perils for Immigration Enforcement,By Van Esser, NumbersUSA, November 13, 2012]Nevertheless, he has taken some very strong stands since taking office.

Incredibly, with a supermajority in the state legislature, the Republicans began the 2013 session promoting a bill that would have granted driver’s licenses to illegal aliens and exempted employers from using E-Verify on “seasonal” workers (which they defined as anyone who worked under 9 months a year).

The driver’s license provision was eventually replaced with a study on issuing driver’s licenses. But the E-verify provisions remained. It passed the State House 85-28,  on July 17, with all Democrats and the majority of Republicans voting in favor.

This debate received virtually no attention outside of North Carolina, and not that much in the state. With such wide margins of support in the legislature, McCrory could have signed the bill without a great deal of backlash.

However,McCrory vetoed the bill with a strong message, noting the law

has a huge loophole for probably up to 30 percent of our businesses in North Carolina to not use e-verification, which tells whether you’re hiring illegal immigrants for the jobs…I want to save North Carolina jobs for citizens of North Carolina, especially us being the fifth-highest unemployment rate in the country.

This is not the first time McCrory has taken a strong stand when he did not have to. A federal edict required all states to issue driver’s licenses to the DREAMers affected by the Obama Regime’s 2012 Administrative Amnesty. But McCrory proposed having those licenses state “NO LAWFUL STATUS”and “LIMITED TERM” and make them in pink, ensuring they wouldn’t be used as proof of citizenship—taking the administration’s legalese that they were not technically granted amnesty at face value.

After a great deal of outcry and threats of litigation, McCrory abandoned the Pink style. But North Carolina DREAMER licenses still say “NO LAWFUL STATUS.” 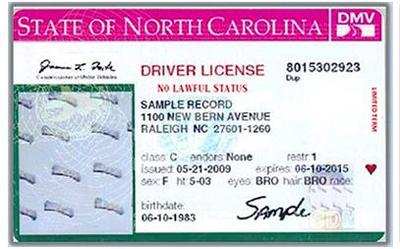 Shortly thereafter, McCrory unilaterally shut down the North Carolina Office of Latino Affairs.I’ve had trouble finding exactly what this office ever did beyond one press release from its director under former governor Bev Perdue. Its main focus seemed to be expanding Spanish-language government services, and creating something called “Communities of Love Overcoming Racism.”

McCrory’s reasoning for closing down the office was simple. His spokesman said:

We are committed to serving the needs of all of North Carolina’s citizens. We don’t segment our constituents by race or cultural background, any more than we separate them by age or gender."  McCrory scraps office devoted to NC Latino affairs, WRAL.com, March 29, 2013

As you can imagine, professional Hispanic  rent-seekers were outraged. Jess George, executive director of the Latin American Coalition in Charlotte complained:

To close the office of Hispanic affairs only goes to confirm what many people suspect in our state, which is that, despite movement with the Republican Party at the national level towards more bipartisan solutions around comprehensive immigration reform, North Carolina conservatives don’t seem to have gotten the same memo.

McCrory also signed one of the toughest voter ID laws in the country and a bill to repeal the "Racial Justice Act," which allowed raced-based reviews of capital punishment. With each of these steps he has been accused of racism and insensitivity. But he is standing his ground.

I cannot think of a single governor in the entire country who has done more.

Interesting, while most of the biggest immigration patriots in the House pretty much toe the Tea Party/Religious Right line on all issues, McCrory has taken some more liberal positions. He recently vetoed a bill requiring drug tests for welfare recipients, and he campaigned saying that he would not enact any additional abortion legislation.

This latter issue came to a head when the state house passed restrictions, which McCrory threatened to veto, but were eventually signed when they tied it to an omnibus bill. His approval sunk 15 points (to 40 percent) in response.[Pat McCrory Approval Ratings Tumble After Abortion Bill: Poll, Huffington Post,  July 16, 2013]

Although few have talked up McCrory as a potential Presidential candidate in 2016, I think he could be a strong contender.Governors of purple state are generally seen as well-positioned.Prior to becoming governor, McCrory was elected as Mayor of Charlotte for seven terms by huge margins. Charlotte is now minority white, and Democrats outnumber Republicans by a margin of 3-1.

So McCrory has proven crossover appeal. While he probably never won too many minority votes, this fact might quell some of the GOP’s pander-fixated political consultant caste.

However, in the short term, the most important thing McCrory can do is bring up his approval ratings in North Carolina.The legislature is considering overriding his veto of the bill relaxing E-verify. McCrory is campaigning over its heads to the people of North Carolina, urging them to stand firm for jobs.

Opposing the business lobby in his own party could—just possibly—establish McCrory on the national stage.