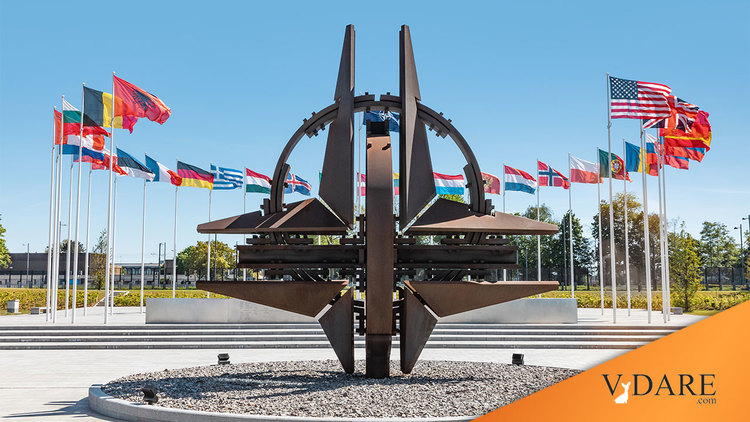 Who Restarted the Cold War?

"(A)t virtually every turn, Mr. Putin and the Russian leadership appear to be doing their best in ways large and small to marginalize and embarrass the United States and undercut U.S. foreign policy interests."

The Times pointed to Putin's snub of Robert Gates and Condi Rice by having them cool their heels for 40 minutes before a meeting. Then came a press briefing where Putin implied Russia may renounce the Reagan-Gorbachev INF treaty, which removed all U.S. and Soviet medium-range missiles from Europe, and threatened to pull out of the Conventional Forces in Europe Treaty, whereby Russia moved its tanks and troops far from the borders of Eastern Europe.

Missing from the prosecution's case, however, was the motive. Why has Putin's Russia turned hostile? Why is Putin mending fences with China, Iran and Syria? Why is Putin sending Bear bombers to the edge of American airspace? Why has Russia turned against America? For Putin's approval rating is three times that of George Bush. Who restarted the Cold War?

To answer that question, let us go back those 16 years.

Well, Russia let the Berlin Wall be torn down and its satellite states be voted or thrown out of power across Eastern Europe. Russia agreed to pull the Red Army all the way back inside its border. Russia agreed to let the Soviet Union dissolve into 15 nations. The Communist Party agreed to share power and let itself be voted out. Russia embraced freedom and American-style capitalism, and invited Americans in to show them how it was done.

Russia did not use its veto in the Security Council to block the U.S. war to drive Saddam Hussein, an ally, out of Kuwait. When 9-11 struck, Putin gave his blessing to U.S. troops using former republics as bases for the U.S. invasion.

The United States began moving NATO into Eastern Europe and then into former Soviet republics. Six ex-Warsaw Pact nations are now NATO allies, as are three ex-republics of the Soviet Union. NATO expansionists have not given up on bringing Ukraine, united to Russia for centuries, or Georgia, Stalin's birthplace, into NATO.

In 1999, the United States bombed Serbia, which has long looked to Mother Russia for protection, for 78 days, though the Serbs' sole crime was to fight to hold their cradle province of Kosovo, as President Lincoln fought to hold onto the American South. Now America is supporting the severing of Kosovo from Serbia and creation of a new Islamic state in the Balkans, over Moscow's protest.

While Moscow removed its military bases from Cuba and all over the Third World, we have sought permanent military bases in Russia's backyard of Central Asia.

We dissolved the Nixon-Brezhnev ABM treaty and announced we would put a missile defense system in Poland and the Czech Republic.

Under presidents Clinton and Bush, the United States financed a pipeline for Caspian Sea oil to transit Azerbaijan and Georgia to the Black Sea and Turkey, cutting Russia out of the action.

With the end of the Cold War, the KGB was abolished and the Comintern disappeared. But the National Endowment for Democracy, Freedom House and other Cold War agencies, funded with tens of millions in tax-exempt and tax dollars, engineered the ouster of pro-Russian regimes in Serbia, Ukraine and Georgia, and sought the ouster of the regime in Minsk.

At the Cold War's end, the United States was given one of the great opportunities of history: to embrace Russia, largest nation on earth, as partner, friend, ally. Our mutual interests meshed almost perfectly. There was no ideological, territorial, historic or economic quarrel between us, once communist ideology was interred.

We moved NATO onto Russia's front porch, ignored her valid interests and concerns, and, with our "indispensable-nation" arrogance, treated her as a defeated power, as France treated Weimar Germany after Versailles.

Who restarted the Cold War? Bush and the braying hegemonists he brought with him to power. Great empires and tiny minds go ill together.